Home/Music/Tramlines 2020, we’re ready for you…
Previous Next

February is a love-hate time of the year. All the festival line-ups are released, hyping us up for those brighter (and let’s be honest, happier) days and making summer seem so close yet so far…Last week we caught a glimpse into what the summer holds for Parklife, Lovebox, Y Not, Kendal Calling & more, but this week is all about one of our favourite inner-city festivals, Tramlines.

Taking place in Hillsborough Park for the third year, this Sheffield festival continues to get bigger and better. Their first ever sell out last-year (30,000 capacity might I just add!)  just goes to show how far they’ve come since their humble beginnings in 2009, back in the days when it was a free event taking place on one stage in the city centre- it certainly feels like a lifetime ago!

So, let’s get down to the good stuff that you really want to know… 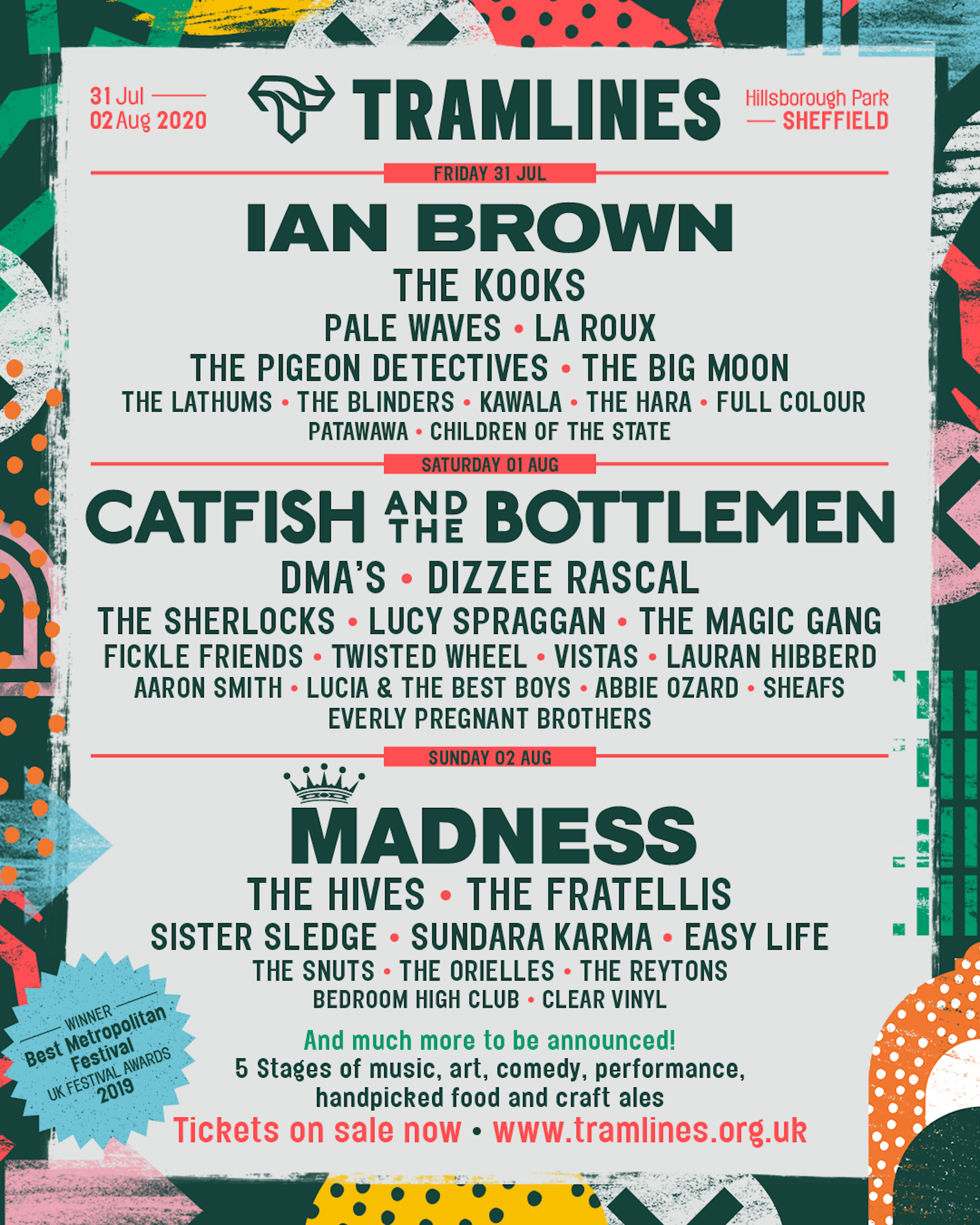 Also playing throughout the weekend will be classic Indie bands such as The Kooks, The Pigeon Detectives, The Fratellis and The Hives– talk about nostalgia. Other stand out acts include British synth-pop artist La Roux, grime MC & rapper Dizzee Rascal and Australian three-piece rock band DMA’s, all set to play across five stages, over three jam-packed days.

The organisers have smashed it in terms of making this a diverse, all-inclusive weekend with musical acts ranging from the classic rock genre to grime to ska, PLUS from all different eras.  Not forgetting that this is just the first wave of acts too with more to be announced down the line; we recommend keeping your eyes peeled!

As previously mentioned, tickets sold out last year and let’s be honest, with a corker of a line-up like this, it’s bound to happen again! Don’t wait around and get your tickets fast, we certainly will be…