Vogue Arabia launched across both English and Arabic platforms recently. EntitledÂ ‘Reorienting Perceptions’, the cover featured the stunning Gigi Hadid – an iconic move which made headlines across the world.

Paris Haute Couture 2017 commenced on Sunday 2nd July – synonymous with Celebrity attendees, exquisite performances, opulent catwalks and of course, after-show parties attended by the social elite and some of the biggest names in the industry.

Over recent years, an increasingly Eastern influence has certainly been noticeable across Western fashion trends and culture; challenging boundaries and creating a real awe-inspiring fusion of design, and this was all too apparent on this year’s runway.

Vogue Arabia’s first editor in-chief, and bona fide Royalty:Â HRHÂ Princess Deena Aljuhani AbdulazizÂ (aka Deena the 1st) was in attendance on the front row; a lady so renowned for her style, even Christian Louboutin named a shoe after her. Catwalks featured the likes of: Alexandre Vauthier featuring Bella Hadid, Elie Saab with the incredible #ATaleOfFallenKings theme, Azzedine AlaÃ¯a making a return after a six-year hiatus – worn by Vogue veteran Naomi Campbell, Lebanese designer Rami Kadi, as well as incredible jewellery from none other than Van Cleef & Arpels.Â

The best of couture part I 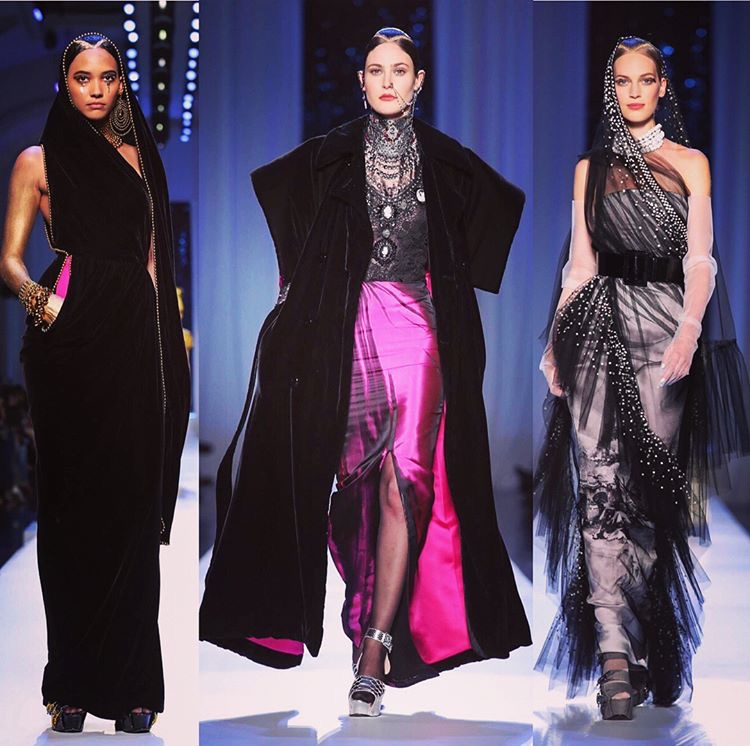 It’s fair to say one catwalk which will resonate in our minds, was that of Haute Couture extraordinaire, and former HermÃ¨s creative director: Jean-Paul Gaultier.
With a commendable week of decadence and Haute Couture coming to a close, we’re with you when we say: we embrace culture, we are fashion, and we choose peace.
Until next time Paris Couture week.
(Words : Adnan Mustafa, Dubai)
Jo2017-07-10T18:02:39+01:0010th July 2017|Fashion|0 Comments