Home/Music/Tramlines Festival 2019: A Round-Up
Previous Next

A weekend that began with a down pour but provided us with an incredible line up of music, joy, and admittedly, a small (okay, large) hangover… 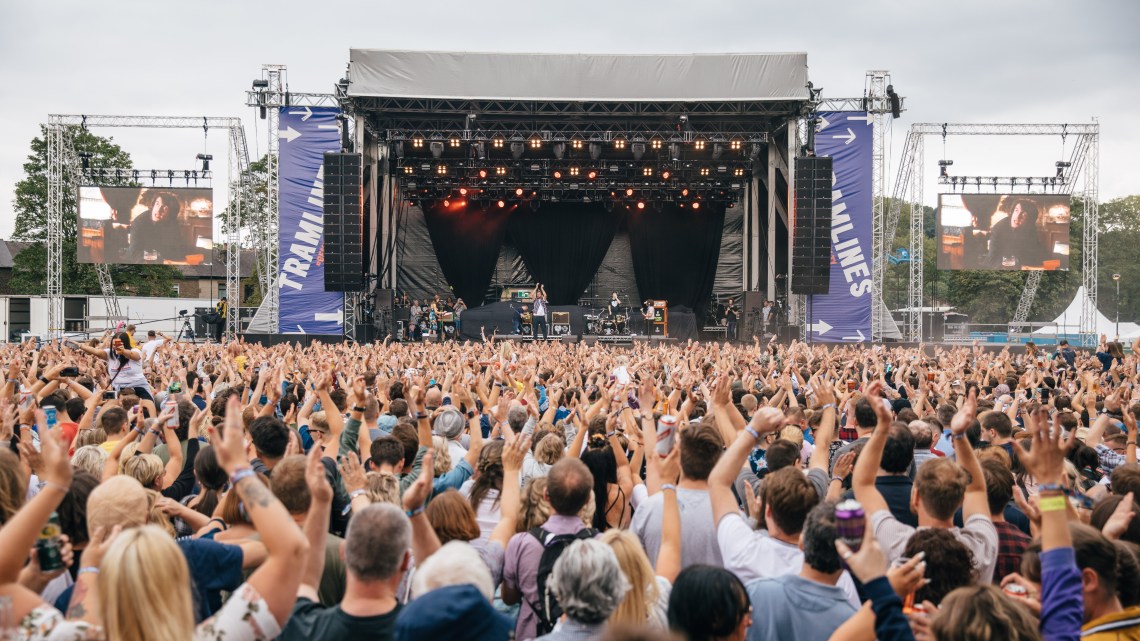 In all honesty, there’s always a little sense of dread that sets in when you log-on to BBC weather see the wash-out forecast looming over the entire festival weekend. Despite it being almost predictable for the British weather, the gloomy skies and sodden air on the first day of Tramlines did not dampen anyone’s spirits. Crowds came together at Hillsborough Park in Sheffield and danced at the main stage to the sounds of Sea Girls, Circa Waves, Manic Street Preachers and of course, Two Door Cinema Club.

Manic Street Preachers were certainly a highlight, bringing an audience of both young and old together, belting the lyrics in unity to ‘Motorcycle Emptiness’. A legendary group that has 13 studio albums worth of material played an incredible mix of tunes, and even did a cover of Guns ‘n’ Roses’ ‘Sweet Child Of Mine’.

Closing the first day at the main stage were Two Door Cinema Club, bringing their electro-indie pop bangers and making us all forget about our wet clothes and muddy boots. After all, who can be anything but joyous after hearing the closing song of ‘Sun’?!

The band alternate between their new material from latest album, ‘False Alarm’ and the old favourites ‘Tourist History’ and ‘Gameshow’. The team at WAM may have had a couple of pints, but it was certainly a performance to remember! 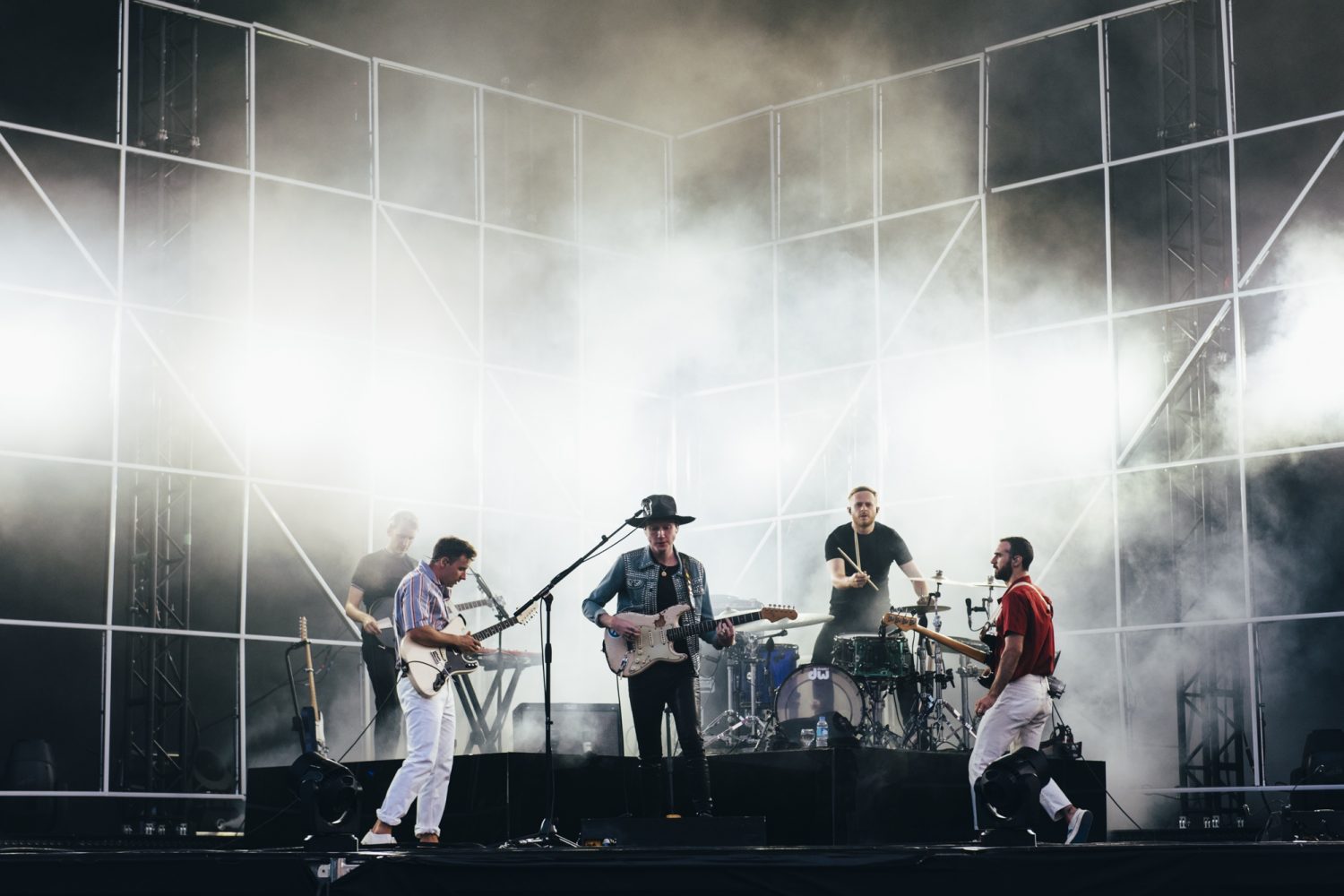 Miles Kane entered the main stage at 4:20pm, wearing what can only be described as the jazziest shirt at the festival; a look he certainly pulled off. He went on to playing non-stop indie anthems including ‘Don’t Forget Who You Are’, ‘Rearrange’, and ending on a personal favourite: ‘Come Closer’. The middle of the set was shaken up with his version of Donna Summers ‘Hot Stuff’: very fitting for the blazing sunshine that shone down on the park and the connection to Sheffield based film ‘The Full Monty’. 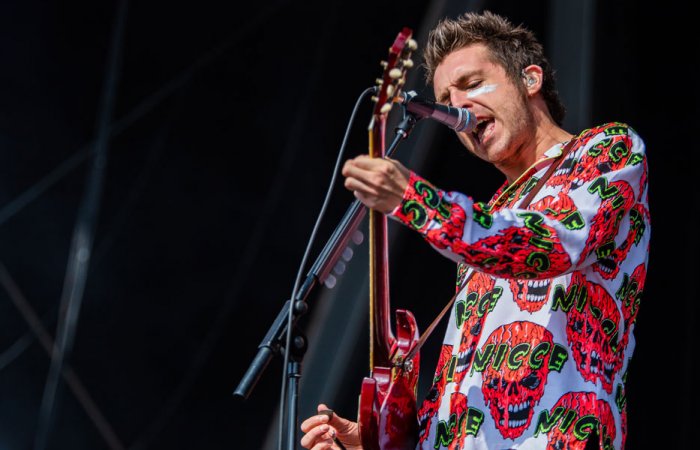 Sheffield legends, Reverend And The Makers took centre stage in the afternoon, followed by Johnny Marr who played an exceptional set-list comprised of his solo material and old favourites from The Smiths. It’s not every day you get to watch a live performance of ‘There Is a Light That Never Goes Out’, and the moment was magical.

Day two ended on the main stage with Manchester band, ‘The Courteeners’. The perfect festival anthems and a live performance that you can’t help but dance to. Flares were lit, dancing to the sounds of the band’s first album ‘St. Jude’ right through to ‘Mapping the Rendezvous’. The encore brought Liam Fray back to the stage with the predictable, but indie anthem ‘Not Nineteen Forever’- a song you may have heard too many times from trips to The Leadmill yet can’t help yourself singing along to, arms in air. 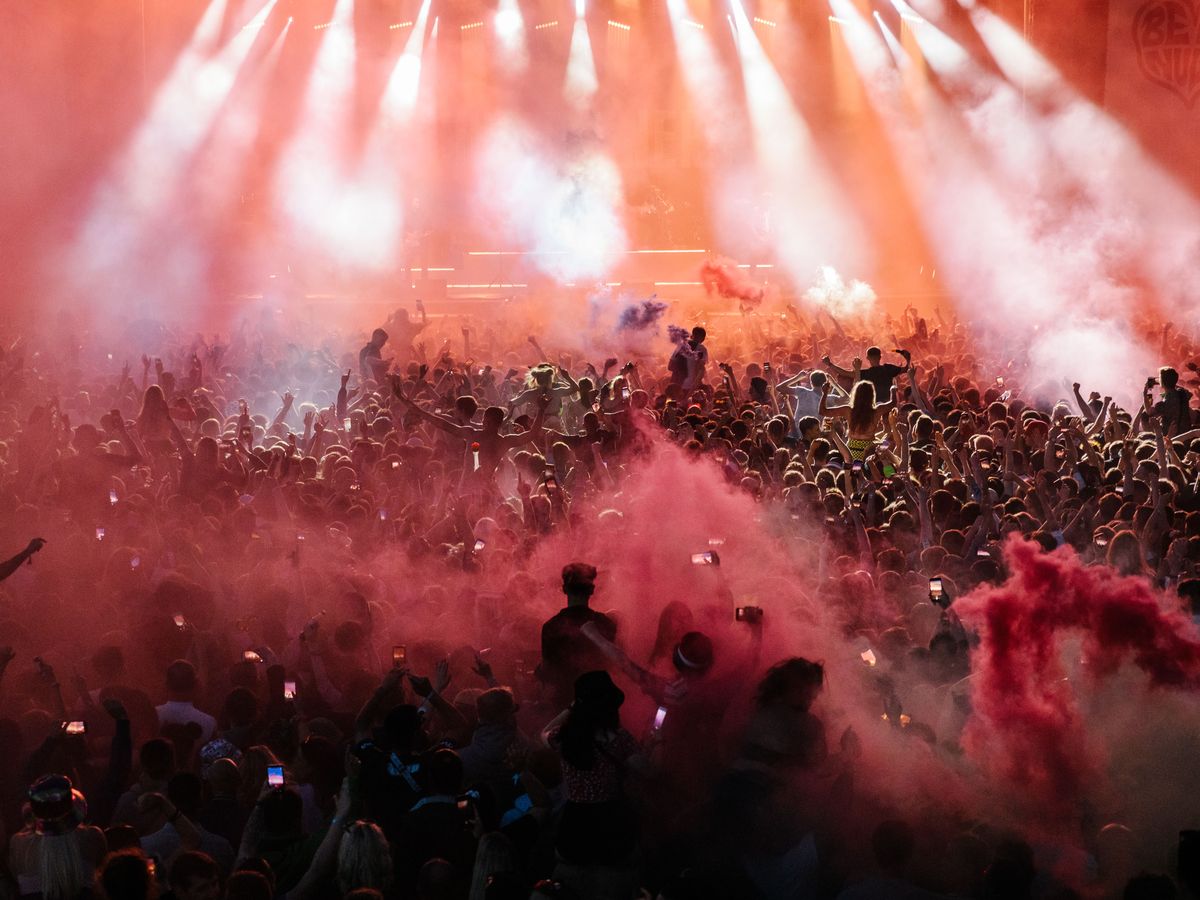 When it’s time to return to the festival fields for the last day, we feel saddened (and not because of feeling slightly ropey from the night before) but for the fact it’s almost over. The weekend is drawing to a close and it’s the last opportunity to catch the final line up of Tramlines 2019. It is with regret that we were unable to see our favourite Instagrammer and all-round human being, Lewis Capaldi on stage (*cries*). However we heard his banter with the crowd between performances was nothing short of his usual comedy gold.

We arrived to T’Other stage for Tom Grennan who, much to our delight, put on an incredible show. The audience were non-stop bouncing, enjoying the sounds from his latest album ‘Lighting Matches’ released in 2018, including top songs such as ‘Found What I’ve Been Looking For’ and ‘Barbed Wire’. From the energy in the tent, he told the crowd that Tramlines is one of his favourite festivals and that “Sheffield has his heart.” 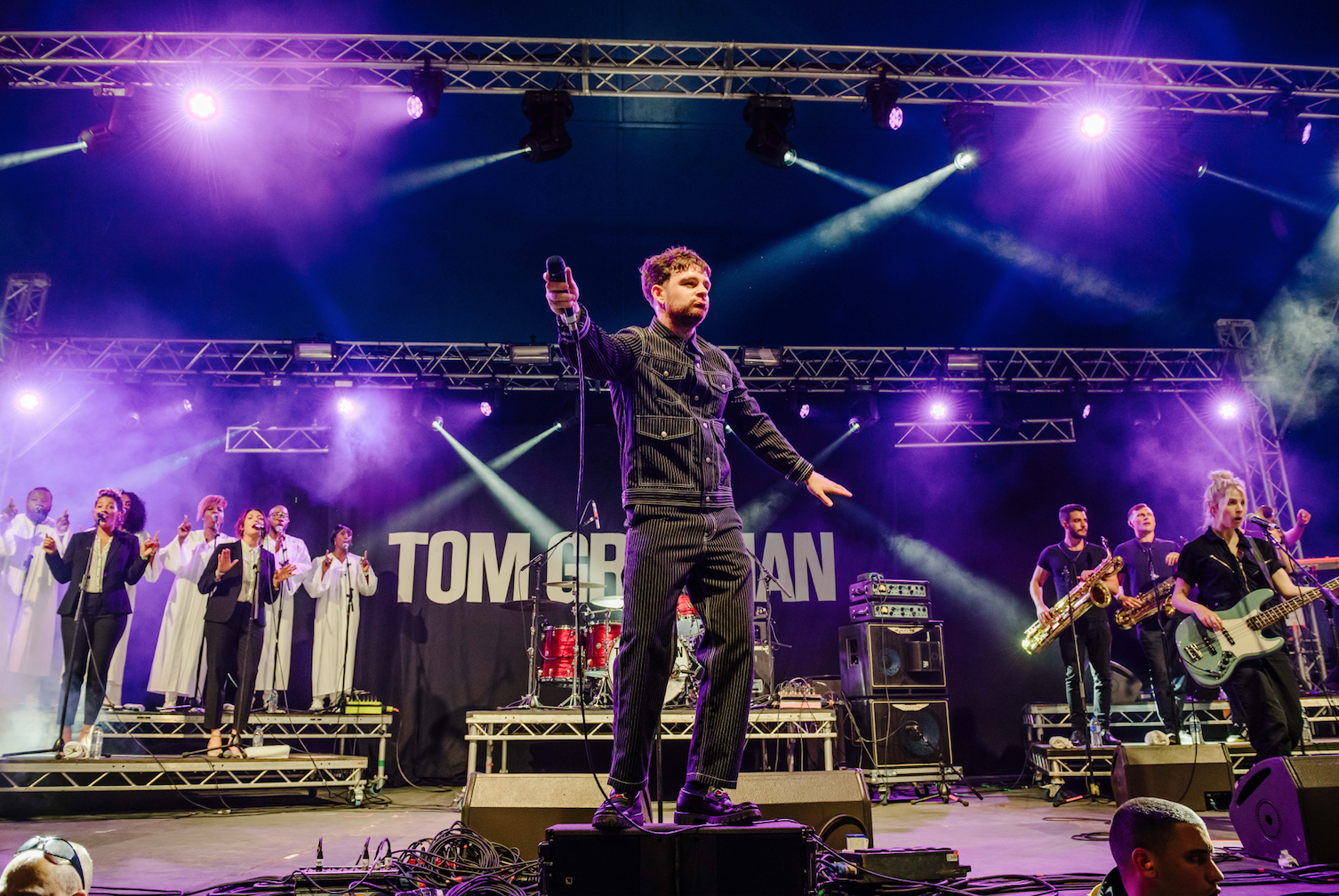 There was no better way to end the weekend than with the uplifting, funky 80’s sounds from Nile Rogers and Chic. An act we were looking forward to watching since the first line-up release at the start of the year. Huge numbers flocked to the main stage and grooved to likes of ‘Everybody Dance’, ‘Le Freak’ and ‘Good Times’. We were blown away by the set-list that featured covers of David Bowie, Daft Punk, Sister Sledge and more. Not to mention the powerful vocals that got everybody on their feet to celebrate a wonderful weekend. 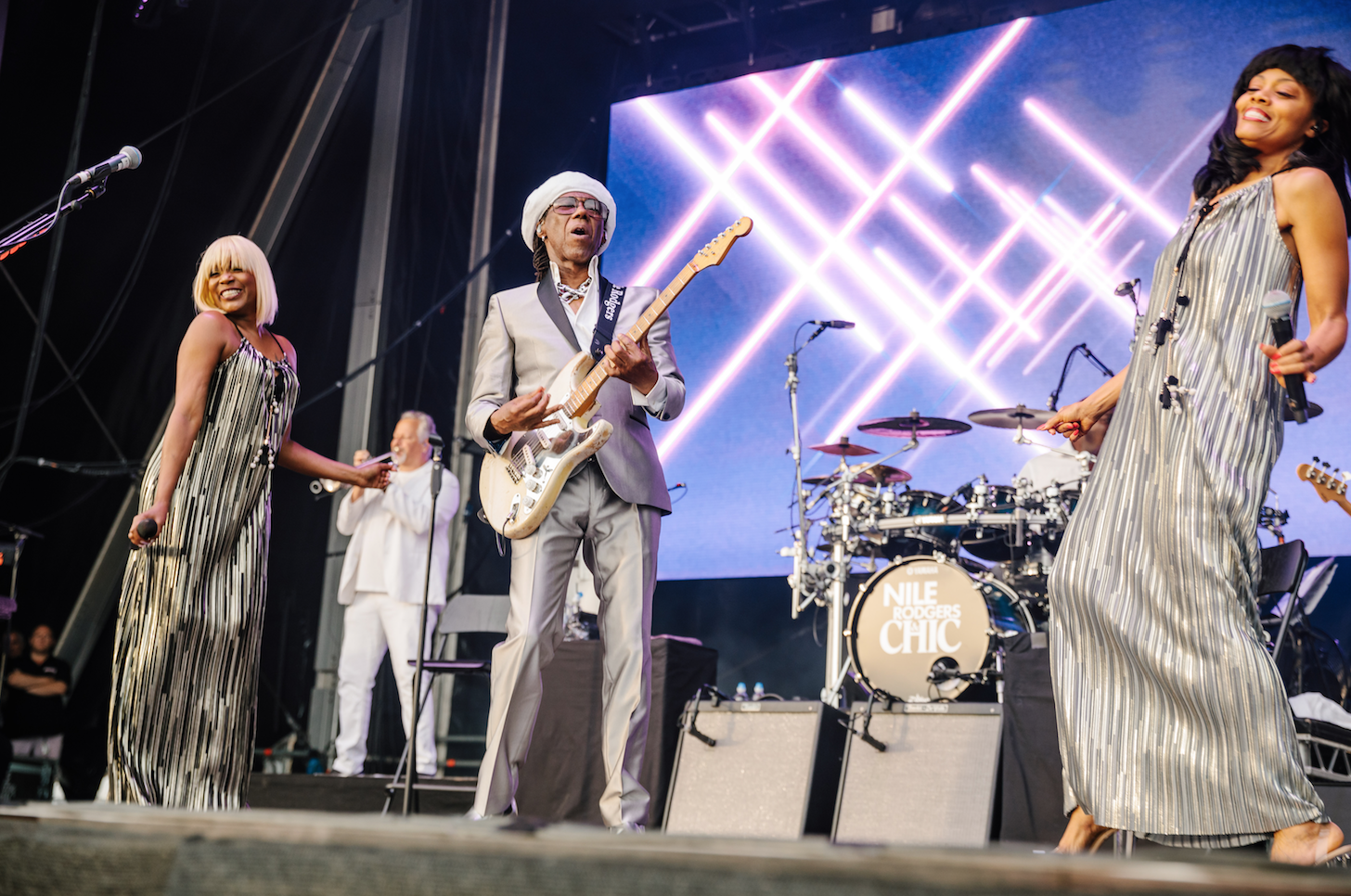 Three days of good vibes and music to bring the people from Sheffield and beyond together. Our feet may still be sore, but the dancing was all worth it. We cannot wait to see what next year will bring!