Taking place this weekend (Friday 21st July to Sunday 23rd July) and into its ninth year, the well-established inner-city musical extravaganza that is Tramlines returns with its biggest, boldest and best festival yet.

5 stages with over 70 genre-spanning acts and all without the hassle of camping and the chance of getting knee deep in mud.

There are a lot of acts to get through over the weekend so to give you a helping hand, we’ve put together our Top 10 (we usually do a Top 5, but its so good, we had to do more). 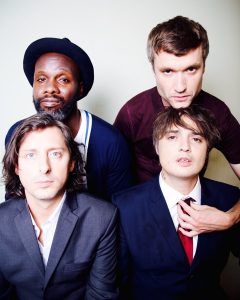 A moment of appreciation for The Libertines please. A moment of thanks that they reformed. God-like geniuses and the soundtrack of many youths.Â One of the most influential British bands of this century, the Libertines joined the pop fray of 2002, competing with the likes of the Strokes, Hives, Vines, and Doves with their debut single, ‘What a Waster’, which led NME to crown them as the best new band in Britain.

Metronomy are dead good. They are so ace. Joseph Mount is a creative genius. They were nominated for a Mercury Prize and should have won it.
We’ll just leave that there because you will go and watch them and see what we mean. 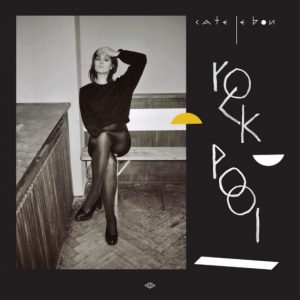 Cate Le Bon is an artist hailing from Carmarthenshire, rural West Wales and is currently a resident of Highland Park, Los Angeles, having relocated across the pacific to record her latest album ‘Mug Museum’. The celebrated, avant-garde singer/songwriterÂ always keeps you guessing, making the old traditions of guitar-oriented rock feel arbitrary. Her nervy assessments of the world are filled with equal parts suspense and heart, and beautifully zany riffs. 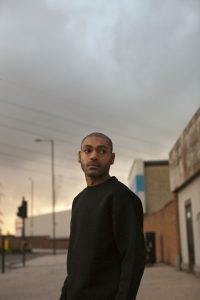 Grime legend and Mercury nominee Kano will head up Friday’s bill at the newly revamped Devonshire Green stage. Kano’s most recent album ‘Made In The Manor’ earned widespread critical acclaim for its intimate portrayal of inner-city England today. 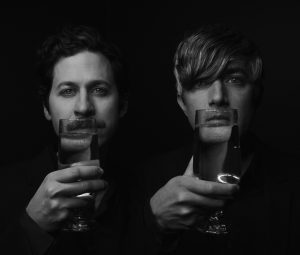 After releasing three EPs and one independent album, the California group signed with Virgin Records and released its major-label debut, With Love and Squalor, in early 2006. The album became a gold-selling hit in the U.K., where the band’s sound — part post-punk revival and part indie rock, with a touch of ’80s synth pop — drew parallels to popular bands like the Editors, Franz Ferdinand, and the Killers.
10 years ago a few of us travelled all the way to Cardiff to go and see this band live. Never being to Cardiff before, and never heading back there since, it was a journey of epic proportions but worth it just to see them play. They were so good. So so good. They still sound as good, if not better. They had one album at the time, they have five now.
Chris from the band drew a picture of a manta-ray with the message ‘RIP Steve Urwin’ and gave it to us. It was moving to say the very least. 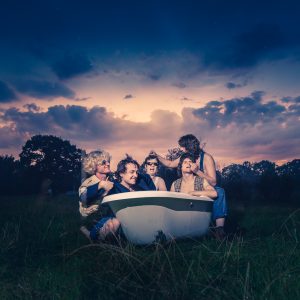 Being Manchester based, we know all about these lads and the riotous energy of their live events. Not seen / heard them before? Where have you been?Â Their described as a “five-piece, serving up an idiosyncratic, satirical attack in the form of discordant neo post-punk.” Go see them because words aren’t enough sometimes. 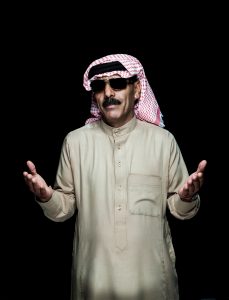 Souleyman has collaborated with the likes of BjÃ¶rk and Four Tet,Â consciously sharing a personal ode to his native country of Syria. The emphasis on his emotional connection to the land and people but not without heartache in view of the nationâ€™s current state.Â Who couldâ€™ve foreseen that a 50 year old wedding singer from Ras al Ayn, Syria – with over 500 albums under his belt – would become a cult hero among club connoisseurs? 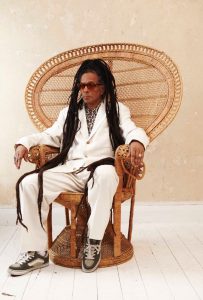 The guy is a legend.Â Don Letts is a British film director, DJ and musician, often credited with introducing London’s nascent punk scene to dub and reggae. He knows his stuff and has worked with some of the most influential people in the music scene : The Clash, Musical Youth, The Psychedelic Furs, The Pretenders and Elvis Costello to name but a few. 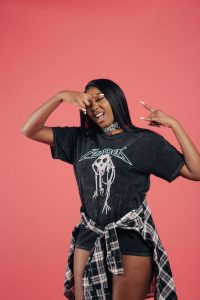 A 22-year-old, multi-award winning artist, from South London, Ms Banks stands for female empowerment and individuality, encouraging women everywhere to be themselves no matter what theyâ€™ve been through or what society expects of them.Â As the only female rapper to feature on Tinie Tempahâ€™s â€œJunk Foodâ€ Mixtape with the song â€˜Been The Manâ€™, featuring UK heavyweights JME & Stormzy, Ms Banks is capturing the ears of the nation. 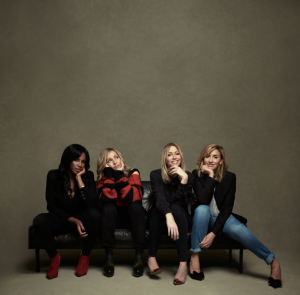 We had to add our girls in here! Theres nothing quite like a pop sing-a-long Â and ‘not-so’ guilty pleasure at a festival. When they debuted in the early 90s, All Saints were part of the popular British girl group wave kicked off by Spice Girls. They were edgy, cool, sophisticated and their late nineties style and sound is just as relevant now.

If you’ve made it this far down the article, you’re obviously interested so buy a ticket.
Tickets are only Â£45 Â for a three-day weekend ticket :Â http://bit.ly/2kqagQZ