Ariana Grande has been announced as the new face of the Givenchy Fall 2019 campaign, soon to be revealed in July.

After teasing the promo campaign on Instagram using black and white silhouettes of Ari’s iconic sleek pony hairstyle, it was obvious this modern muse was chosen before it was announced. 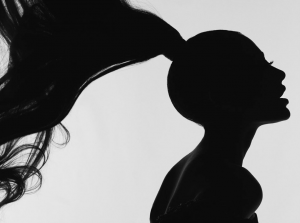 “I love this clothing and the confidence and joy it brings to the people wearing it,” Grande said in the release. “Not only is the clothing timeless and beautiful but I’m proud to work with a brand that makes people feel celebrated for who they are, and unapologetic about whatever they want to be.”

The iconic French fashion house has been known for dressing some of the most influential women throughout history, including Audrey Hepburn. The teaser videos play homage to the classic LBD worn in the film Breakfast at Tiffany’s, demonstrating the historic and timeless qualities of Givenchy as a high-end fashion brand. However, the sassy, slow motion hair swish definitely has Ariana written all over. 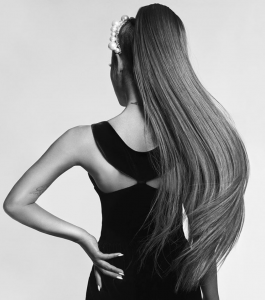 According to the brand, Ariana Grande was chosen as “she naturally embodies the spirit of the Givenchy woman with impertinence, generosity and a lightning wit—all cloaked in a touch of mystery.”

The countdown for the full reveal in July is officially on, with our eyes peeled on that #ARIVENCHY hashtag…