Home/Fashion/Releasing the Strings: The Literary Corset
Previous Next 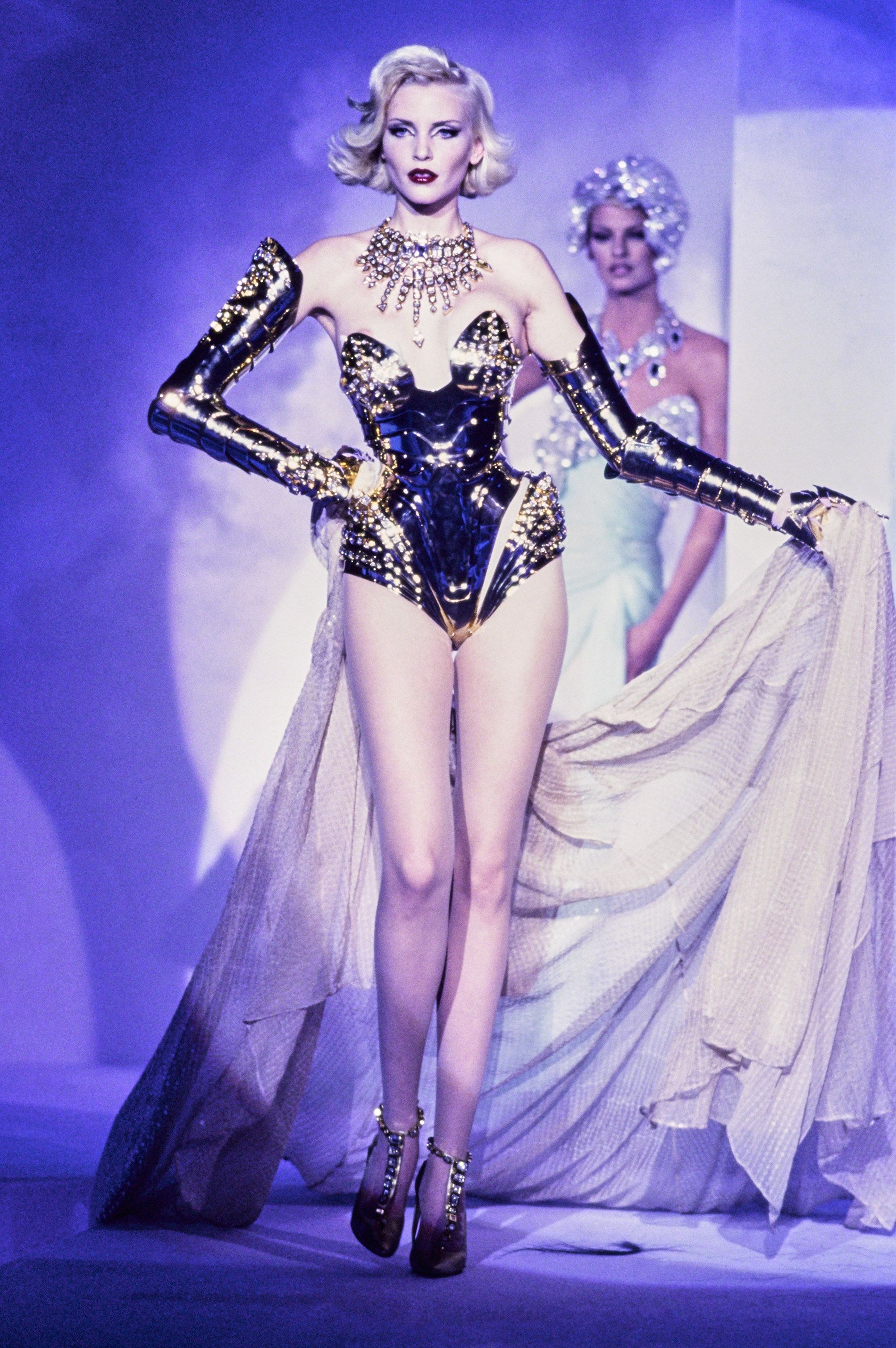 Defining characteristics of the written word sometimes come in the most visual of forms, including the vivid description of clothing and costume. Clothes can be branded and imagined to the blind reader as something colourful, tangible and meaningful. This important visual element allows readers to imagine something that is so key to identity, distinction, and immeasurable characterisation.

The corset has synched itself distinctly in time, age after age and book after book; it has restricted, squeezed and stamped its mark on women since as early as the Greeks and inescapably forced itself upon female characters in literature. This fashion is almost unbreakable in its impact; a swinging pendulum of empowering lingerie to restrictive underwear tolls on both sides of emancipation and oppression.

Roland Barthes has argued in his book The Language of Fashion that items of clothing act to us as letters do to language, individual items can make up an entire symphony that resonates the culture is has been produced in. Yet he also argued they are something deeper:

‘[‘Dress’ is] no longer the spirit or style of a period, but the psyche of the person wearing the clothing: clothing is supposed to express a psychological depth.’

Can items exist on their own as a single letter? A single item that does not require a context of the rest of the orchestra to make its concerto is the corset. It’s deep booming resonances with its history of repression and male-enforced standards on women’s bodies precede its physical being almost indefinitely. However more modern mutations see it not just fetishised but taken back by women as a symbol of empowerment, sexuality and self-discipline.

The way the corset can ring as an individual symbol in culture and language suggests resonances that go far beyond the simple reshaping of the body. The body is not only physically molded but mentally morphed into a certain, feminine way of thinking. Men are equally as imprinted to be the imprinters; the patriarchy once held the strings around the lone woman, forcing her ideals and morals by controlling her clothing.

Literature has provided a breeding ground for the re-purposing of once oppressive clothing. Take Nathanial Hawthorne’s The Scarlett Letter in which Hester Prynne’s passionate affair with a man forces her to be branded by her community with a decorative ‘A’ on her chest. The novel begins to examine the ways the Scarlett Letter can be rebranded as a celebration of determination in the face of overwhelming and communal scrutiny. This book was the beginning of revealing new meanings to once ascribed oppressive items that has culminated in the androgynous fashion of today, and will no doubt continue to transcend.

On one hand, the ‘A’, the corset, the scarlet letters of fashion, can be symbols of systemic oppression but on the other they be reclaimed symbols of uniqueness and empowerment. In this way the corset is a double-edged sword that cuts the feminist community down the middle as the modern-day usage tries to drag it from its connotations with pain, discomfort and enforced standards of beauty. Modern fashion, including designers such as Thierry Mugler (1995) and, more recently, Dion Lee’s 2019 Ready to Wear Fall collection have seized the corset by its strings and reimagined it in line with the modern woman, and man. Re-purposing this originally restrictive device into something so empoweringly scandalous, worn for the world to see rather than under clothes to morph the body beneath the Male Gaze has stamped a new persist significance on the garment.

In this way, should we consider re-imagining negatively connotative items again in modern society? What about the bustle or the bonnet? How can these ancient Scarlet Letters be re-branded for modern femininity? We are coming some way into redefining gendered clothing despite the echoes that reverberate from the past; we must make the effort to re-brand, re-new and re-imagine the originally destructive and create something modernly beautiful and powerful.