Fashion week got your head in a whirl? Dazed and confused on who wore what? Don’t worry we got ya covered…

It was unknown Tokyo designer Tomo Koizumi that was the most hyped a NYFW. Found on Instagram by renowned stylist and editor Katie Grand, his collection of carnation like designs showcased at the Marc Jacobs store. Invited to the city to present a mere 3 weeks before, invites came in just a few hours prior to the show! 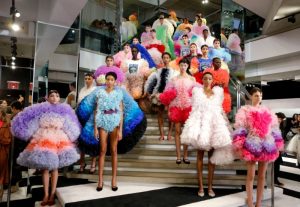 Ricardo Tisci showcased his second collection at Burberry, dedicated to the youth of today, split between two rooms inside The Tanks at the Tate Modern. 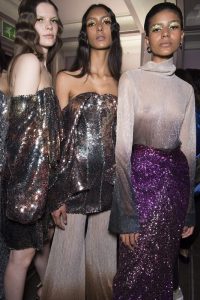 The week was rocked by the passing of the legendary Karl Lagerfeld, who served 54 years at the helm of Fendi. What was to be his last ever show was closed by Gigi Hadid with honorary nods to his memory. Show notes on people seats were sketches of his final collection and a short video of him on his very first day at the fashion house was played.

Versace drew in the week with their epic runway, Donatella stating ‘Imperfection is the new perfection’. Luxury met grunge with faux furs, ripped jeans and A LOT of safety pins! Oranges and neons featured heavily alongside drool worthycoats. Every ‘it’ model walked it from Kaia Gerber, Kendall Jenner to Edie Campbell. 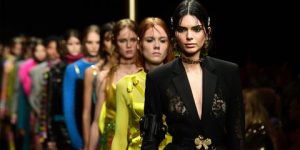