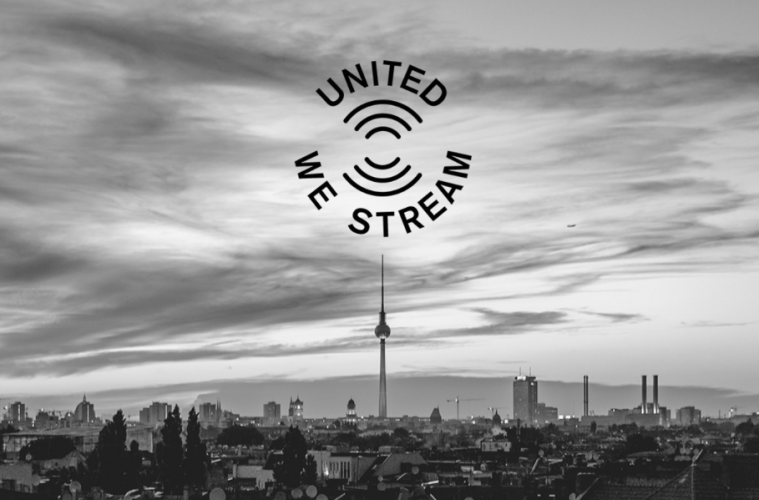 Manchester’s nightlife is coming direct to your home

We are absolutely delighted to hear that people around the world will be able to enjoy Greater Manchester’s art and culture through a new website streaming live music and performances every night, uniting the city-region during the COVID-19 outbreak.

This week see’s the launch United We Stream – www.unitedwestream.co.uk.

United We Stream will broadcast a diverse blend of entertainment and creativity on one free online platform. Streaming live DJ-sets, live music and live performances, United We Stream will have something for everyone to enjoy while the country spends more time indoors.

Created by Night-Time Economy Adviser Sacha Lord, Greater Manchester Combined Authority’s (GMCA) Culture team, and local and national partners, United We Stream will be free. Donations will be  welcome though, with all proceeds going to the city-region’s night time economy, cultural organisations and charities.

“I want to keep our vibrant music and entertainment scene active”, explains GMCA Night-Time Economy Adviser Sacha: “Over the last few weeks, I have been contacted by many grassroots venues, bar owners, artists and freelancers, and the main thing I’ve heard is how difficult this period is and will be for them. Many of them are in dire financial straits and at risk of never recovering.

“Together with the GMCA, we have been working hard to create opportunities and hope for these people, and I am delighted to confirm that what started as an idea last week is now about to come to fruition.”

The United We Stream model was pioneered in Berlin by their Night Tsar Lutz Leichsenring, with Sacha working round the clock with his international counterparts and the GMCA Culture team to enable Greater Manchester to be the second city-region worldwide, and the first in the United Kingdom, to launch the concept.

United We Stream will be live every day from 7 p.m., with a donations page where viewers can watch for free but can buy a ‘virtual ticket’ for whatever price they choose to enjoy the channel. The channel will also be used for positive public service announcements and messaging regarding safety and social distancing.

Performances will take place at artists’ homes, gardens, or from selected host venues around the region, making sure all performances adhere to government advice around isolating, distancing and infection control.

Mayor of Greater Manchester Andy Burnham said: “Supporting our culture and music organisations, venues and artists is so important through this difficult time. We want to be entertained and still be able to see bands and performances, but it’s important to do this within the health and safety guidelines and from our own homes.

“I want to thank Sacha Lord for leading on this initiative and ensuring that even in these difficult and unprecedented times, Greater Manchester continues to lead the way with world renowned music, arts and culture.

“As well as helping our local night time and creative industries, it’s great to give support for Nordoff Robbins, a national music therapy charity who have a base in Greater Manchester, and offer music therapy for those affected by life-limiting illness, isolation or disability.

Sacha Lord said: “People always associate Greater Manchester with football, music and culture – it’s in our DNA. But whichever band you prefer, or whichever colour you support, if there’s one thing Mancunians all agree on, it’s that we are a community. It’s in our blood.

“In the most difficult of times, we come together to look after each other, support each other and look after the most vulnerable.

“Not only will this potentially help many people who work within our night time economy such as our performers, our artists, our creatives, but I’m delighted that at the same time, Greater Manchester’s homeless, our most vulnerable, are being looked after.

“This is a free streaming service, available to entertain everyone, however, I encourage as many of you as possible to please make a small contribution to watch. Anything will help, whether that’s £1 or £50. It’s only by working together as a community that we can be at our strongest.”

Since United We Stream Berlin launched on 19 March, they raised £100k and saw 1 million hits in 24 hours, in total amassing more than £700,000 donations and millions of hits on their website.