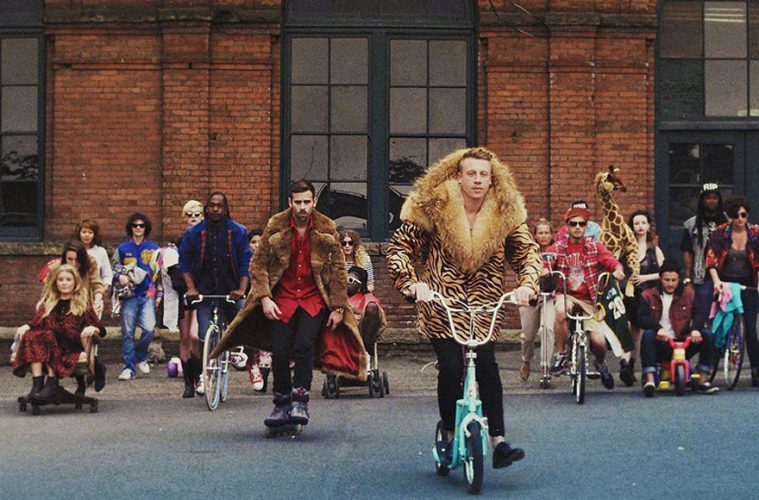 Sustainability is on trend according to a survey by sustainable cider brand, Old Mout. This showed that 24% of Brits believed they had bought less clothes this year and 17% now bought only second-hand clothing. Even more encouraging for climate campaigners is that almost half the consumers surveyed take climate change into consideration when making clothing purchases and 36% consider buying recyclable products.

Whilst this survey only takes a small portion of the UK population’s opinions into account, there seems to have been significant societal shifts within the fashion industry towards more sustainable buying habits. For example, high street brands such as H&M and MONKI are using recycled fabrics and less thirsty crops for their yarns. Meanwhile Zara have announced plans for a more conscious future. The general consensus, however, seems to be that buying less is the answer to reducing the huge environmental impacts of the fashion industry– or choosing to buy only second-hand clothes.

This initiative is a pledge set up by the charity Oxfam to buy no new clothes for 30 days.

The intention is to support sustainability, benefitting people as well as the environment. There is a hope that encouraging people to limit their consumption of clothing to more sustainable levels will have a direct impact on carbon dioxide levels and water use in the manufacture process, as well as offering people the chance to discover how simple it can be to dress well without buying new every time.

It aims to change the mindset of fast fashionistas. Removing the natural reaction to steer into Topshop or Zara when you need a dress to wear once for one event and making the choice to buy second-hand clothes second nature.

In addition, the initiative encourages support for charity shops who then use their profits to aid people, animals and the planet. There is a two-fold benefit to shopping second hand – reducing clothing consumption removes the need to manufacture so many new garments, whilst it also reduces the amount of waste sent to landfill and the associated air pollution. The campaign raises awareness around the problem of clothing waste. Namely that 11 million items of clothing are thrown into landfill each week in the UK alone.

Oxfam chose September as this is notorious as the biggest month for fashion publications, heavy with advertising and encouraging people to update their winter wardrobes with new purchases. The challenge is 30 days because the hope is that this is long enough to change shopping habits and ensure that going forward people take into consideration what they are buying and whether it is ultimately necessary.

Sara Arnold of Extinction Rebellion admits that “by asking people to boycott fashion it sounds as though we are telling people to make a sacrifice,” yet goes on to point out “but actually we don’t need to go without – there are so many items of clothing out there. It’s also not saying that we shouldn’t be creative – there can be an explosion of creativity, whether that’s upcycling your own clothes or swapping clothes. Restrictions can be a source of creativity.”

Another positive to shopping second-hand is that you can save money too, as clothing sells for less than retail price. Maybe it’s too late for you to start Second-hand September but there’s no excuse not to take inspiration from #secondhandseptember and start your October challenge. If you’re looking for a wardrobe overhaul but feeling conscious of its impact get out to your local charity and vintage shops to save money and save the world!

Follow the link below to learn more about Second-Hand September:

Monday blues? Don’t know her 💁🏽‍♀️ I found this blouse in my wardrobe at home at the weekend 🥼. I bought it maybe 8 years ago in a vintage kilo sale in Barcelona. Wore it for the first time on Saturday and the second time today… #secondhandseptember doing good things for my wardrobe 🤷🏽‍♀️💛 welcome to the family! #wearwhatworks #ootd