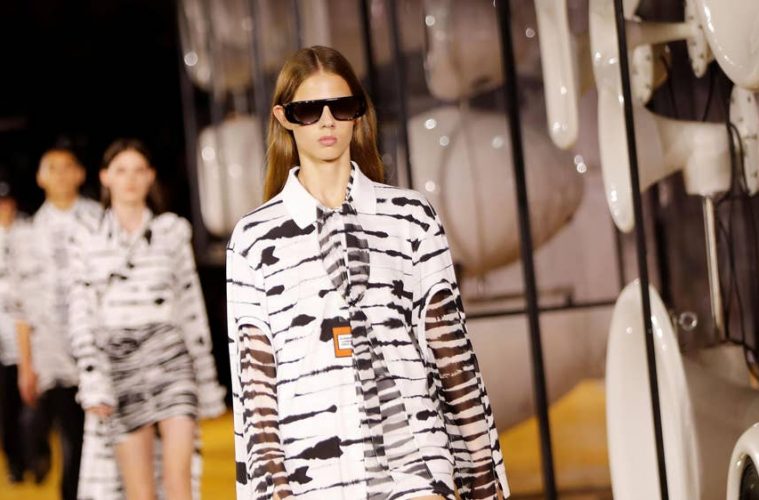 September, the month where four cities unite in the world of fashion where designers showcase their latest Spring/Summer collections for next year’s season. And if you’re an avid fashion follower and active on social media, you probably know that London Fashion Week has come to an end. This year’s fashion week pulled out all the stops on creativity pushing boundaries with tailoring and design, by telling an impactful story on the runway.

Collections such as Richard Malone’s dedication to his deceased grandma, inspired his SS20 collection with the theme of ‘a passing of a loved one’, which inspired the garments presented on the runway with “grief, honesty and change”. Speaking of change, the Marques Almieda SS20 show sparked a statement on sustainability with today’s appalling denim production which is the core of Marques Almieda, the brand pledged to using an Ozone Denim factory from now on as it uses and reuses water.

However, with this year’s designers giving us a taste of what’s to come the year ahead, we’ve chosen a few of our favourite shows from this seasons LFW, showcasing the most breath-taking and expressive runways to present the collection.

The JW Anderson ready – to – wear Spring 2020 collection channelled an Arabian night vibe, presenting a fairy tale with Aladdin pants. The 40-piece collection featured a construction highlighting a new take on flared tuxedo tailoring with a peplum silhouette and knitwear disintegrated into long stands of yarn. Gowns were effortlessly draped around the body and shoulders, a harness – like crystal bra sat on top of the garments with thick ropes of crystal which were placed around the waist like “armour” as Anderson propositioned. Magor, a visual artist prompted Anderson on the idea of ‘what we keep and what we throw away’ which is an occurring issue in the industry today, which inspired the design process of dresses ripped on one side and then the tear trimmed with crystals as it was brought back to life.

“I thought about this idea of ‘looking’ at things and how we perceive them, how we look at textures, how we see jewellery and what jewellery really is,” he explained. “Jewellery here was pushed to new form” – Jonathan Anderson. 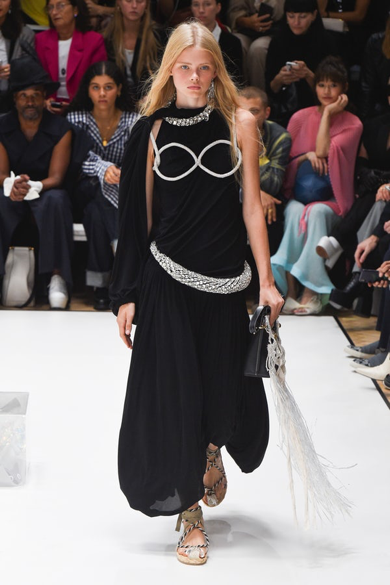 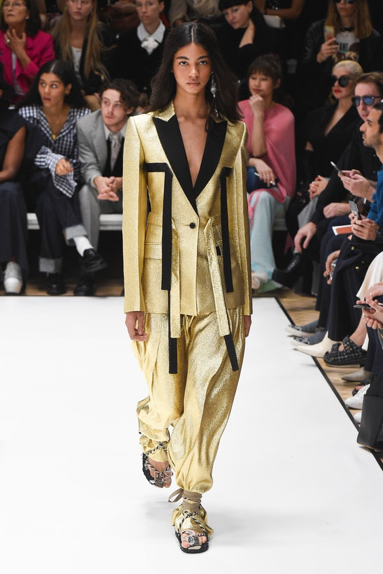 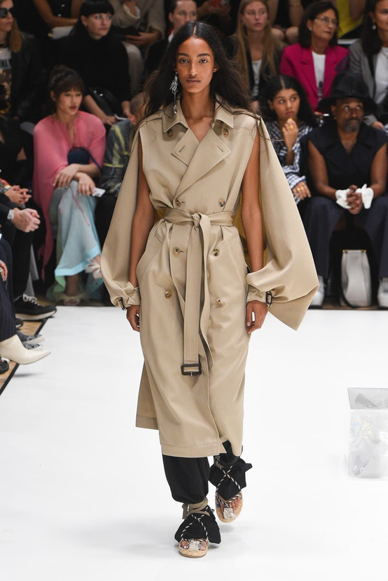 The Christopher Kane Spring 2020 runway took the spotlight with the theme on nature and our beautiful planet earth. The collection described as an ‘Unholy Ecosexuality’ with Kane’s passion for nature and science took inspiration on the runway. The young designer alongside working with his sister Tammy, showcasing a selection of grass flowered pattern skirts, dresses and jackets embracing his touch with nature, heavily featured spaced themed black garments with crystal touches described as looking into space with some garments featuring an image of a globe or the moon and the title of the collection ‘Eco Sex’ neon green logo printed on a dress.

“It’s about people who love nature,” declared Christopher. “Making love in nature. Being in touch with the earth. Sleeping with the stars! We’ve had a lot of fun coming up with words for it in the studio.”- Christopher Kane. 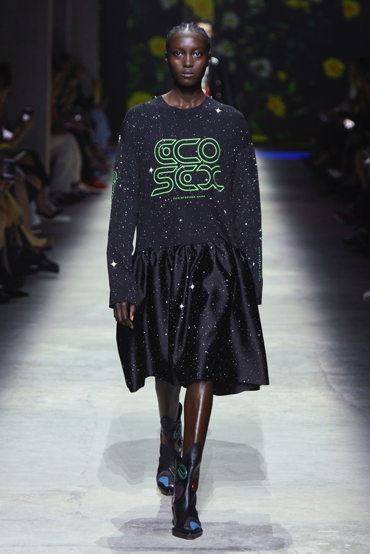 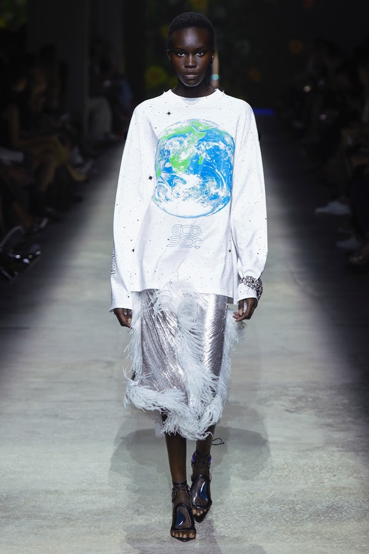 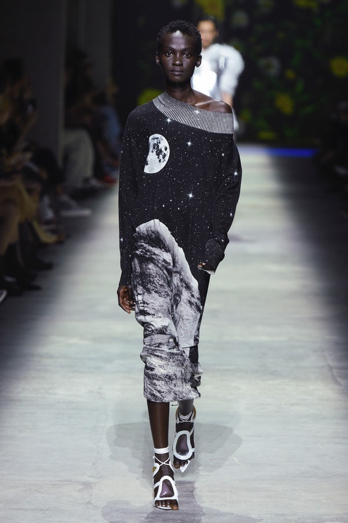 Going back to her roots, Rocha revisited her native Irish heritage in her SS20 collection. The show took place at the Alexandra Palace in London, the story behind the collection was Rocha reminiscing her mother’s past in Offaly, Ireland where wren boys would knock on the doors of old houses; singing and dancing wearing raffia crowns and masks. The captivating garments floated on the runway with layers of white mesh tulle embroidered with a blue folk inspired pattern, the delicate designs also featured net curtains, doilies and starchy tablecloths. A raw and ritualistic element of the collection surrounded the essence of folk, with folk music, crocheted raffia, straw crowns and sashes, some of the models also sported wren feathers painted on their foreheads showing the true authenticity of the culture. 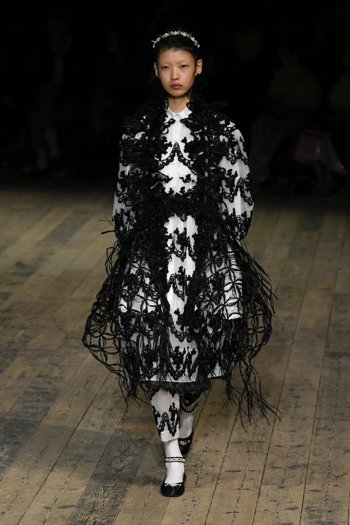 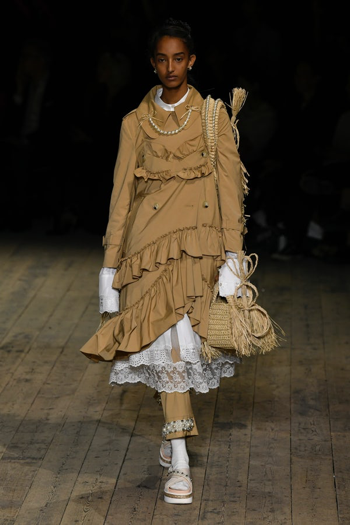 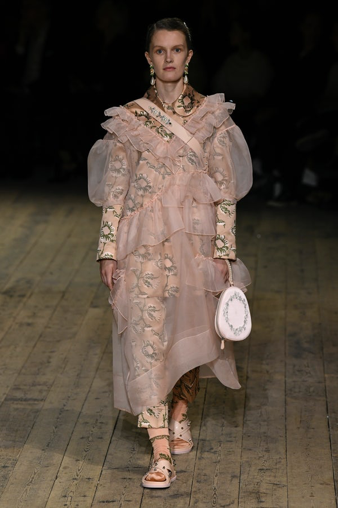 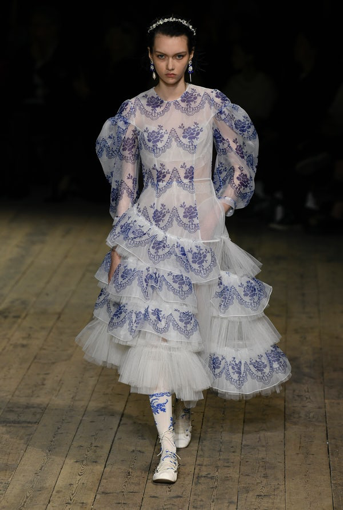 The anticipated Burberry collection presented by chief creative officer, Riccardo Tisci was one show that everyone was talking about with models such, Kendall Jenner, Bella Hadid, Fran Summers and returning to the runway Agyness Deyn, who all strutted down the runway wearing the latest SS20 collection. However, the iconic British house also announced on their Instagram that their show would be entirely carbon neutral, which would be the first and hopefully many more to follow. 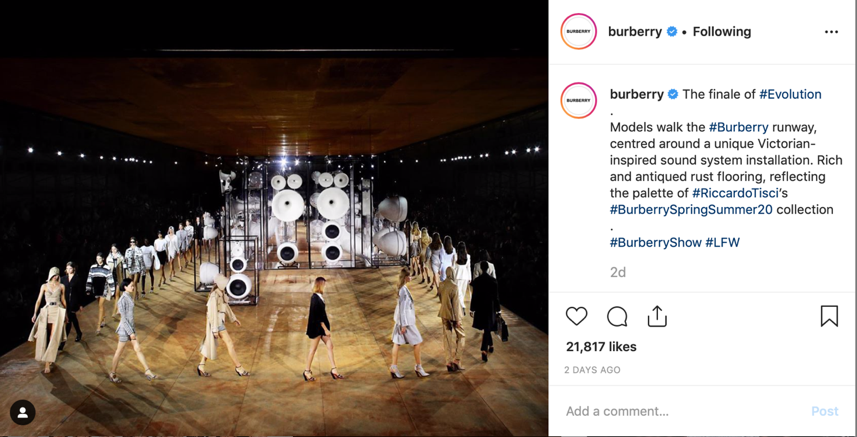 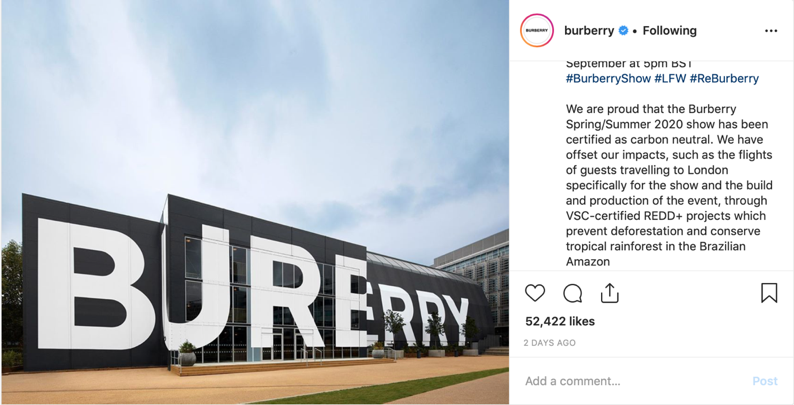 The set of the show was also an interesting talking point, as when the black curtain raised it revealed a scaffolding like structure with huge speaker inside, this created an ambiance in the room, ready for the show to start. The collection itself featured accessories such as bonnets – but no ordinary bonnet as it was as one part baseball cap and one part visor, another headpiece also had a crystal encrusted face mask, for when you cannot be bothered to face the world, but want to look fabulous while doing it. The SS20 women’s and menswear collection displayed garments with ruffles, lace Victorian inspired dresses, crystal embroidery, monochrome, slogans and an array of suits constructed for both genders. 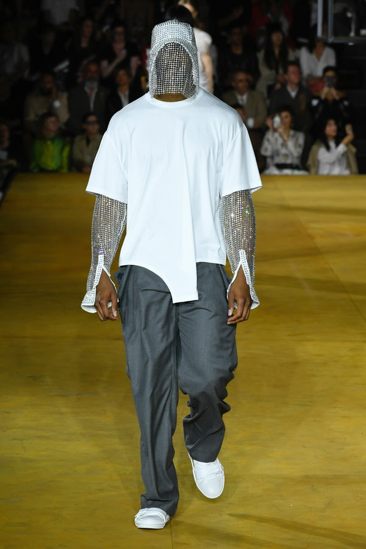 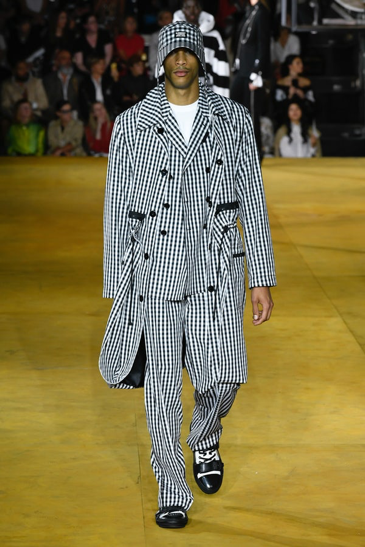 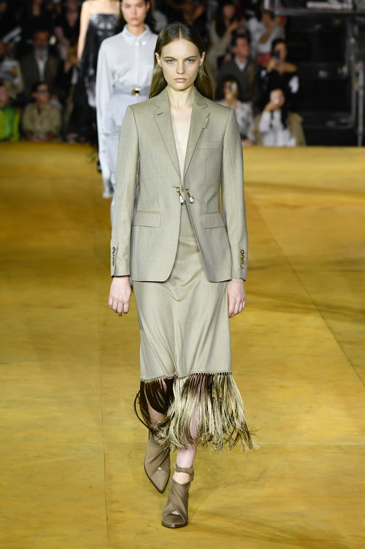 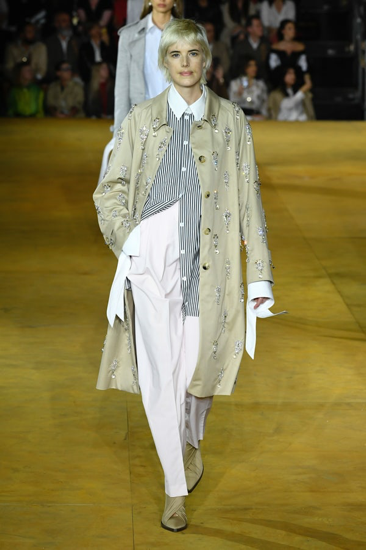 All runway images are from The Business of Fashion.