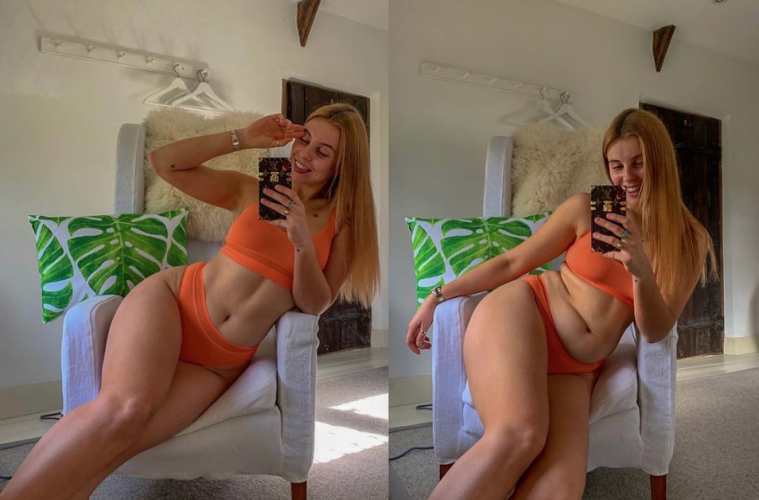 The Influencer advertising market has grown massively since the dawn of the Internet and it is expected to increase, reaching a worth of between $5 billion and $10 billion by 2020. Yet in this time it has also brought about toxic trends such as #cleaneating and it is feared that there may be links between mental health issues and bad role models on social media.

One of the major issues caused by social media platforms is the speed at which misinformation can spread and as it does so it becomes detached from its original source. For example, the Celery Juice trend is not, as you might expect, a result of scientific trials and evidence, rather The Medical Medium, a man who claims to be contacted by spirits and gets his nutrition advice from the other side. Doesn’t sound so appetising now does it.

Another recent example is Kim Kardashian’s Instagram post promoting the appetite suppressing lollypops from Flat Tummy Co. She wasn’t wrong in describing them as ‘literally unreal’ as the studies behind the product are based on results of 4 people and do not back up the claims on the packet. Not so sweet. The lollypops don’t seem to have fooled everyone though, and her recommendation of this dodgy product resulted in an onslaught of abuse for her and the brand. 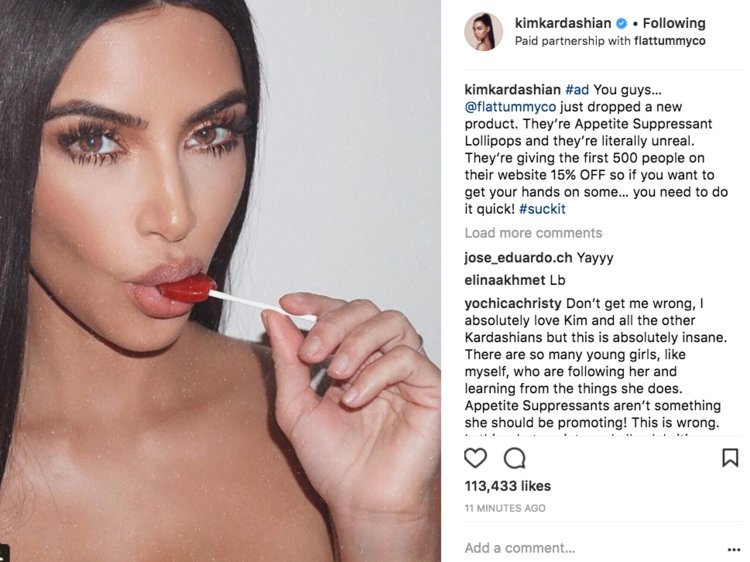 These examples highlight a major problem related to social media- the danger of influencer marketing. The basic premise for influencer marketing is using a face or a personality to promote a brand and increase sales. Having an influencer behind the product is a great way for companies to gain trust from consumers and to reach a huge audience on the back of the influencer’s following. Unfortunately, this system has been abused by some brands, and the issue remains that this kind of marketing makes advertisements harder for consumers to spot, even the well-educated can fall into the pitfalls of false promises.

Social media has many benefits though, it can be a source of entertainment, inspiration and education, so there’s no need to go on a lifelong digital detox and abstain from social media. What is important is to make sure that your feed is full of positive influences and to remove accounts that promote a black and white view of the world.

Journalist and brand consultant, Camille Charrière, sums this up by saying-

“influencer to me is a marketing term that was invented by people in a room that needed to put a name on the girls who have this talent to be able to showcase products, places and ideas to an audience,” whilst “people with real influence are the ones who have something to say, other than their selling power.”

Be realistic, how much of your own feed is made up of people with influence, reflecting the diversity of real life? 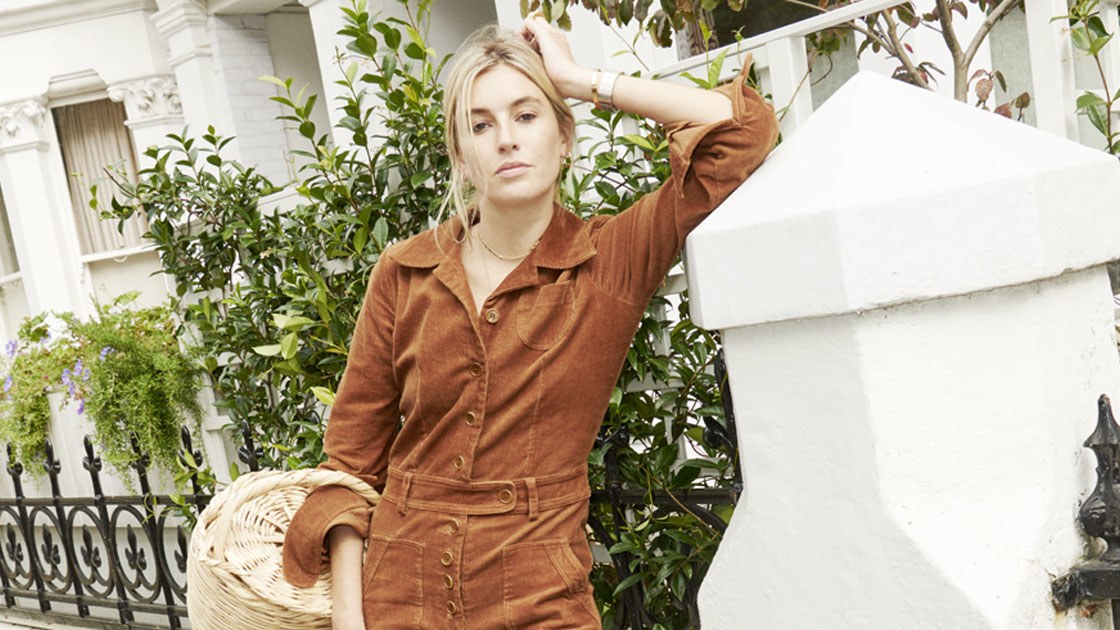 Recently there has been an increasing sense of suspicion surrounding sly sales pitches and inauthentic content and faith in influencers has suffered, with hypocritical collaborations and paid partnerships often being called out online and there has been an upsurge of empowering accounts such as swim-wear designer @chessieking, who encourages a “Breaking up with your perfect feed” and provides not only a daily laugh but also very reassuring images of her own body. If you follow a lot of fitness accounts then profiles such as @lucymountain, who calls out fitness myths, will create more balance on your feed and if it’s food “facts” diet fads that make up most of your followed list, then @rhitrition and @abbeyskitchen are both registered nutritionists’ intent on setting straight the nuances of healthy eating which can often be oversimplified. 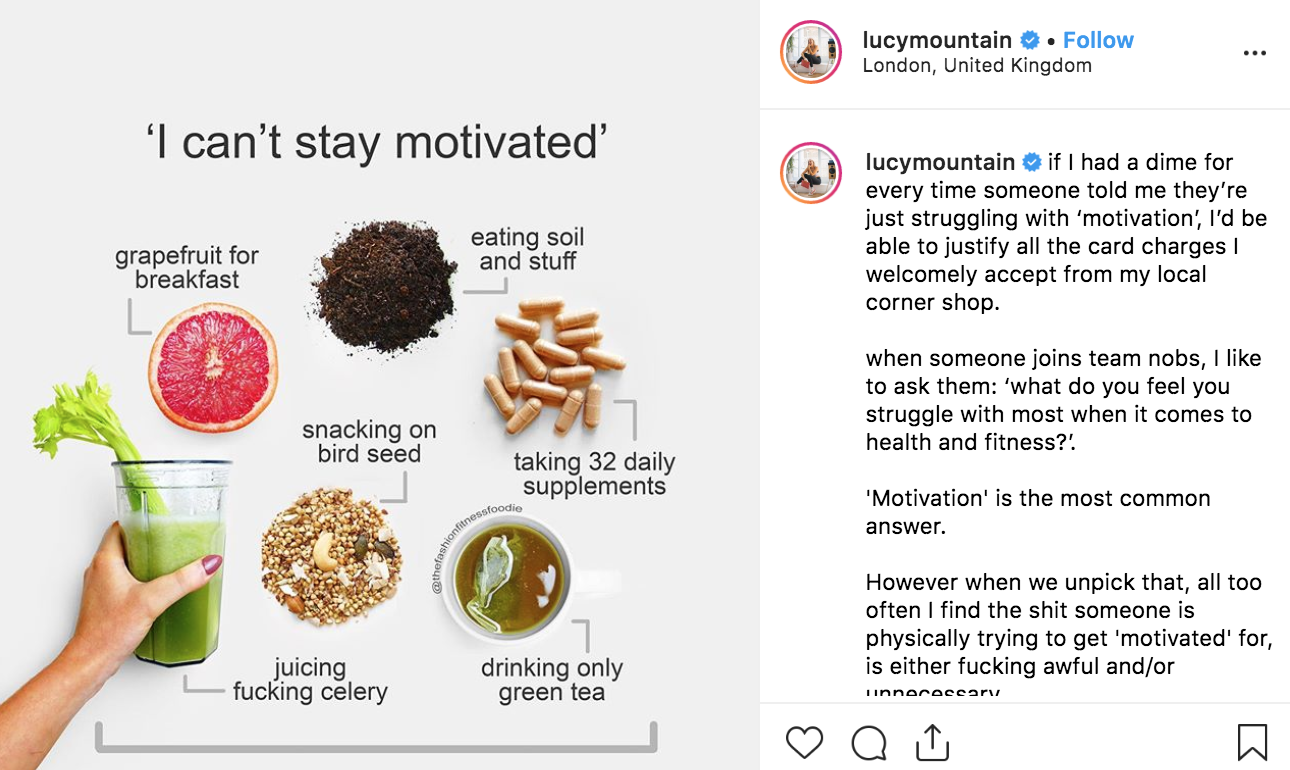 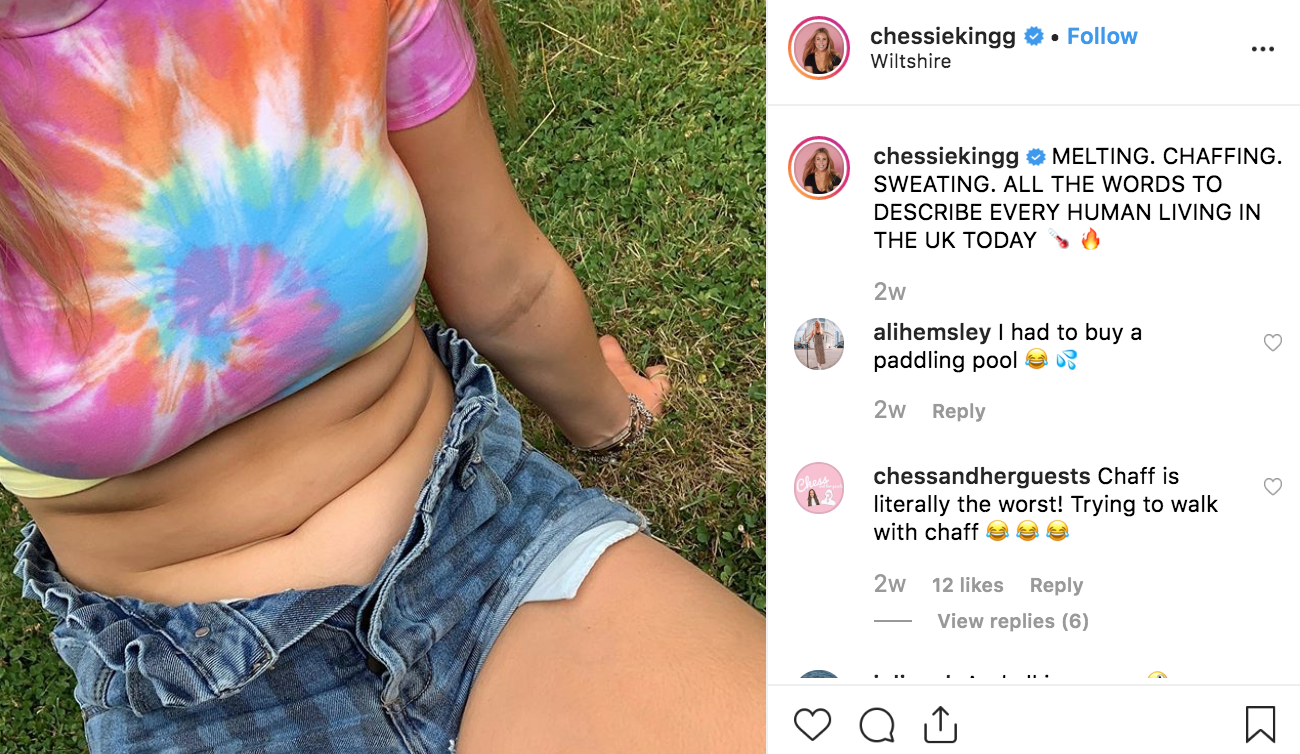 Ultimately, if you want to live a more satisfactory life, just like eating a balanced diet, you need to diversify your feed to make sure that your brain is well-fed.