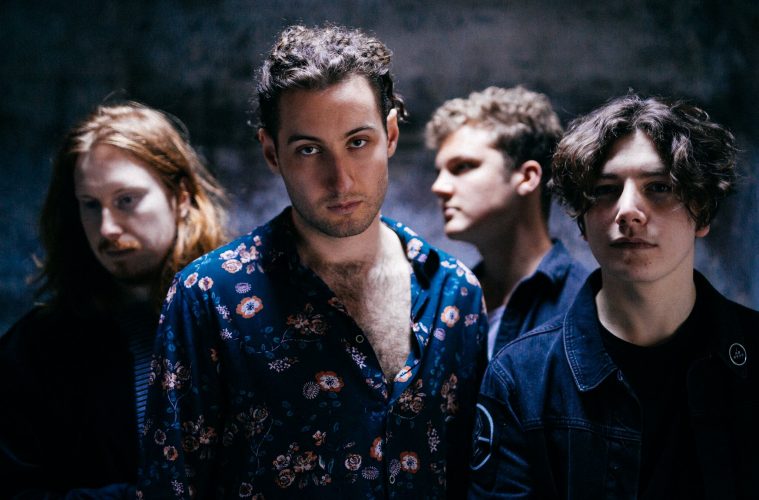 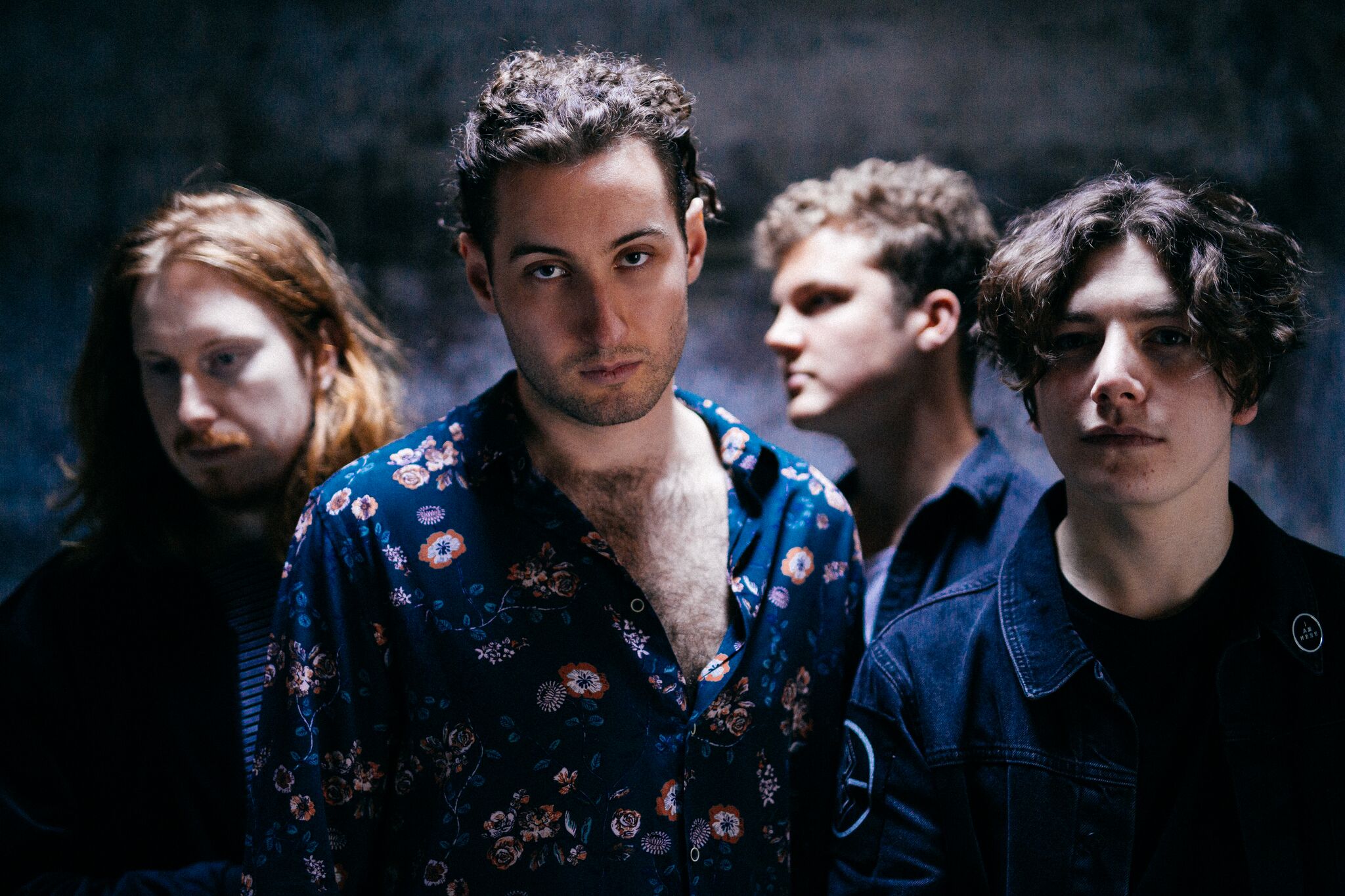 It comes as no surprise that Sea Girls have become one of the most talked about bands in 2019. With mentions from BBC Sounds of 2019 to Radio X Great X-Pectations 2019 it is clear to see the four-piece group have made waves (excuse the pun) in the indie-rock scene.

Since the release of ‘Call Me Out’ back in 2017, reaching an impressive 2 million+ hits on Spotify, the band have continued to grow, following with releases ‘All I Want To Hear You Say’ and most recently this month, ‘Closer’. The incredibly catchy indie-pop tunes provide the perfect soundtrack to the summer season, and are certainly a must-see to any festival.

The team at WAM had the pleasure of chatting to Henry and Rory just before they prepared to go on the main stage at Tramlines Festival in Sheffield. From findng inspiration to pre-gig rituals, here’s how we got on…

Thank you so much for meeting us today, I will start with the first question: How did the band form/ how do you all know each other?

HENRY: We’ve all known each other from school; we were in different years and in different bands together too. When, through different circumstances, we all came to London, it just made sense to form it this way.

RORY: It was towards the last bit of uni that we were in two different bands, then we both lost our drummers. We had some recording time left so we came together and formed that way.

Where did the name Sea Girls come from?

RORY: Yeah it was something that just stuck in our minds. You know how things happen, when it comes together and it just fits!

How often do you get together to rehearse when you’re not on the road?

HENRY: It depends really with what is going on. At the moment, we always are on the road so we tend not to do too much rehearsing.

RORY: Yeah, summer is just so packed and we’re bouncing in between certain places so each gig we sort of get better with practice anyway.

Are you doing something different every weekend currently then?

HENRY: I guess when it’s off peak, we used to all work jobs, play gigs every weekend and also try and get together maybe twice/three times a week. It’s whenever you can but we’re new to this being our full-time thing.

Was there a moment in your career where you thought ‘actually, this is actually going pretty well’?

HENRY: I’m not actually sure that we feel like we’re that big yet.

RORY: Of-course it feels great to be taken on by a label, and that’s kind of helped push things along a bit but I would definitely say we’re still building.

HENRY: I think ever since we put ‘Call Me Out’ out, we kind of knew there was a momentum and we just carried on building from that.

What is the best gig you’ve ever done?

HENRY: Ooooh, I feel like one of my favourite ever was recently playing Community festival.

HENRY: Apparently, we had over 20,000 people and it felt like it too. That was like ‘woaaaah’. We haven’t played to that many before, and it was that kind of energy that was amazing.

Was that the one you most enjoyed too?

RORY: It’s funny because there’s things you can’t really plan for. Like on our headline tour, there were places we knew we’re going to pop off but then other places that surprised us.

HENRY: Yeah like Cardiff. Cardiff was wild! It was awesome.

RORY: Yeah so you really can’t tell until you get on stage.

HENRY: I like it when you don’t plan an encore and then you literally have to go back on and play something else, that’s always great.

Where do you get your inspiration from for your songs? Is there a recurring theme/ Is it from anywhere/ Do you have to go out and look for it?

HENRY: It depends…We’re all quite different. I guess if I’m writing, something important just comes to me. You go looking for it, you start strumming and singing and then what’s important in your mind or exciting at the time just comes to you.

Do you write when you’re all together?

HENRY: Yeah, we’ll just be jamming together and-

RORY: -It’ll start from one riff or someone will do something like throw-away and we’ll build from that. People will also come into the practice room with something that they want to work on.

If you could collaborate with anyone in the world, who would it be?

HENRY: I just love Lana Del Rey [laughs]. Who would you collaborate with then?

RORY: I would like someone who would bring an interesting outcome.

HENRY: Yeah, like someone who doesn’t sound too close to us, would you say? Someone who has something else to offer.

RORY: Yeah someone like Anderson Paak; so, someone completely different. The more minds you put into something, the more different ways it can go and can bring different elements.

Have you got any pre-gig rituals?

HENRY: I don’t think any we can talk about… Nah I’m joking [laughs]. Just before we go on we normally huddle and be like ‘let’s fucking do this!’

RORY: Although there’s this thing we picked up off this band called [Janossi?] They’re from ages ago.

HENRY: I’ve not even heard of a band called Janossi

RORY: Yeah they’re from Norway or something like that. There’s this video where the two of them kind of hug each other but they’ve got their fists and go like that (*gestures*). Like hitting the other guy. Yeah, Oli and I do that sometimes. [Laughs]

So you still do get nervous every time you go on stage?

HENRY: Yeah but in a good way. I think it’s because every show feels like an opportunity to do exactly what you want to do. And this is what we want to do, we want to play live, so why not live for that moment? Yeah, it’s really exciting.

What’s next in store for Sea Girls?

HENRY: We’ve got a tour in October don’t we.

RORY: Mm, so we’ll be everywhere.

HENRY: We’ve got a new one. The old album? Fuck that [laughs].

Yeah that will be coming out the beginning of next year. We’ll be putting out some songs before that as well. We’re touring…

RORY: …And we’re playing festivals up to the end of the summer.

HENRY: We want to keep it going and we’ve got a heck of a lot of festivals, which is great.

Would you say you prefer festivals or your own gigs?

HENRY: I like the fact we do our own shows and festivals. I like the mix, so I wouldn’t ever want to choose between the two because as long as we’ve got shows as regular as possible that’s what I care about.

Festivals are cool though because you can get, for instance, we wouldn’t sell out a 20,000-capacity room. Finsbury Park was great because we played to 20,000 people.

HENRY: Yeah, it had nothing to do with The Kooks or Blossoms…

Just the last question: You’re on the road a lot, have a bit if down time, put your headphones in; Who do you listen to?

HENRY: I like Ben Howard, I listen to Ben Howard a lot. And Prodigy. Going across Europe, I like to listen to The Prodigy.

RORY: I put a lot of different stuff on my playlist so it doesn’t get too boring. I listen to Chloe Howl, who I like, Reggie Snow… Then I have some classic indie bands on there to. Whatever floats your boat…