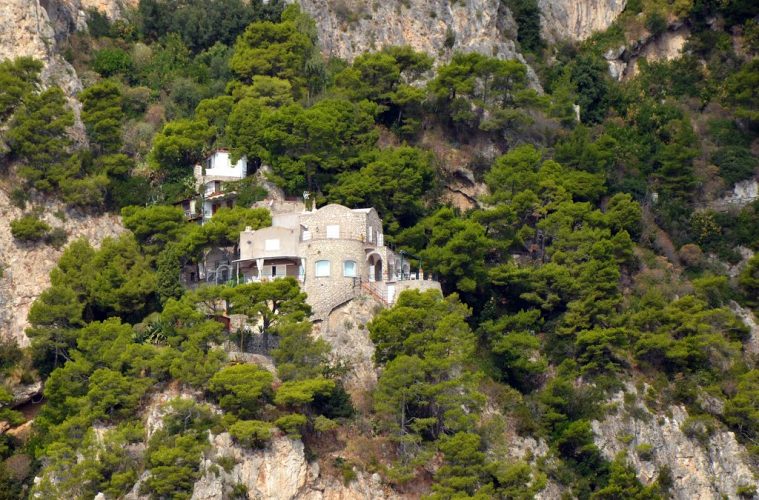 Contributor8th July 2019
Culture0 Comments 0
After getting married in Portugal last July, I returned home to find out that my new in laws had treated my hubby and I to a surprise mini moon to Italy. Somewhere I have always wanted to go and like a total cliché, I was hoping to channel Julia Roberts in “Eat, Pray, Love”. Only with not so much of the “finding love” and praying wasn’t really on the agenda, so technically I just wanted to eat.

This trip would take us to Naples and Capri. To say I was peaking with excitement was an understatement. Like a true tourist, I researched the destinations and made a step by step itinerary, covering all the who’s, what’s, why’s and how’s!!

I could see from my Instagram feed that the Kardashians where currently in Capri, doing it in style. Being “socially relative”, box ticked.
What can I wear that will propel me into the Italian glitterati? I packed several pairs of palazzo pants and the biggest lens sunglasses I could get my hands on! Very Jackie O.
Why did I only have a two day turn around to get all of this sorted? How will I fit four outfit changes per day, for four days in a 10kg hand luggage bag? Roll, don’t fold. Tick!
First stop, Naples. I had heard and read a lot about Naples, famous for its Margherita pizza, the ruins of Pompeii and Mount Vesuvius. Also famous for its busy streets and high crime rates. To be fair to Naples, I arrived with the assumption that I wouldn’t like it. (What I thought was harmful plane reading instilled the fear of god in me).
Busy it was. When you crossed the road, you literally took your life into your own hands. Pedestrians did not have the right of way here.
Scary it was. I was not all that comfortable walking around the streets of Naples after dark. It was just as fast paced at night as it was during the day, full of weird and wonderful characters. I was grateful that we were staying in a good hotel, with great food and a roof top bar.
True to form, Naples did have the best Margherita pizza I have ever tasted.  To my delight, our hotel was just a few metres away from the little pizzeria featured in the “Eat, Pray, Love film. “Pizzeria Da Michele”. A back street pizzeria, always busy with tourists from around the world. They have just two choices of pizza, the Marinara and the Margherita. What they do, they do very well. We ordered two Margherita’s and two beers and took it all in. Simple, quick food at its best, watching the world go by. 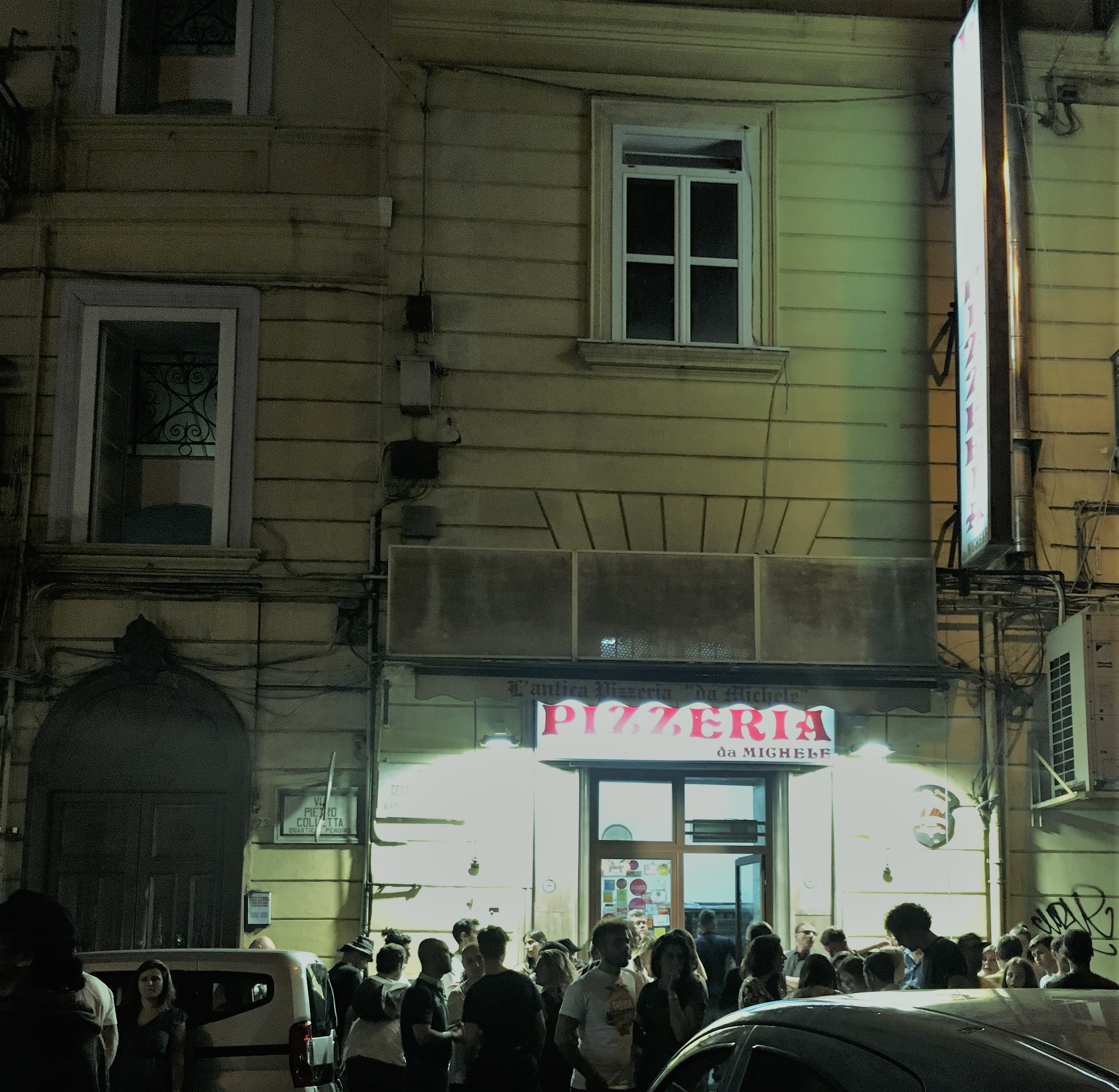 Finally the day arrived to make our way to Capri (I had my palazzos and super cool shades on, ready for it). We set off from the port of Naples and as we approached the island, the anticipation was overwhelming. A beautiful, picturesque island, surrounded by clear blue seas and I  was on the look out. Both Tom Hanks and JLo were on the island, according to the DailyMail. Imagine bumping in to one of those A listers; totally starstruck would be an understatement. We took a boat tour around the island, getting up close and personal to the surrounding caves, otherwise known as the Green Grottos. We passed the luxurious homes of Georgio Armani, Dolce and Gabana and screen siren Sofia Loren. 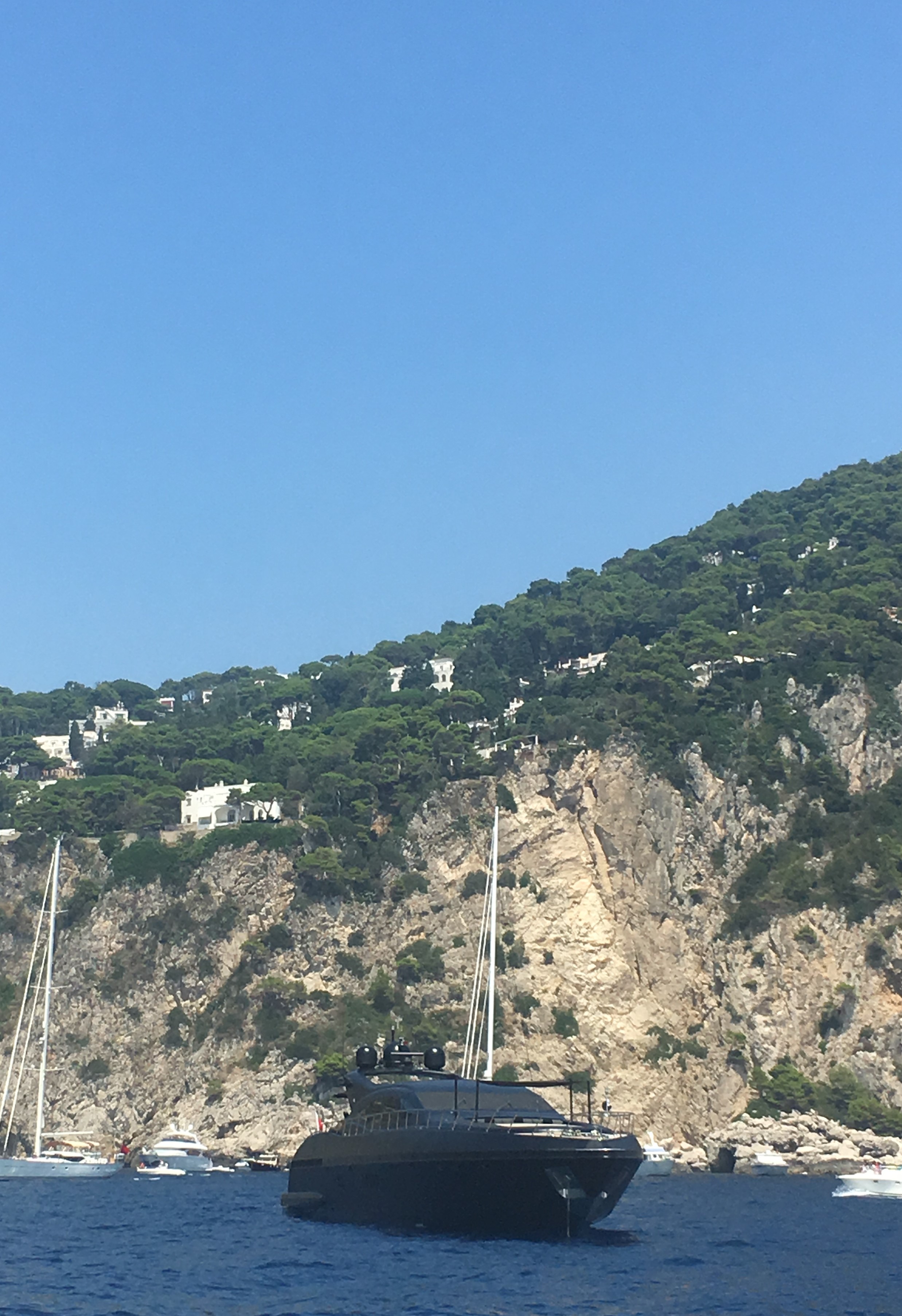 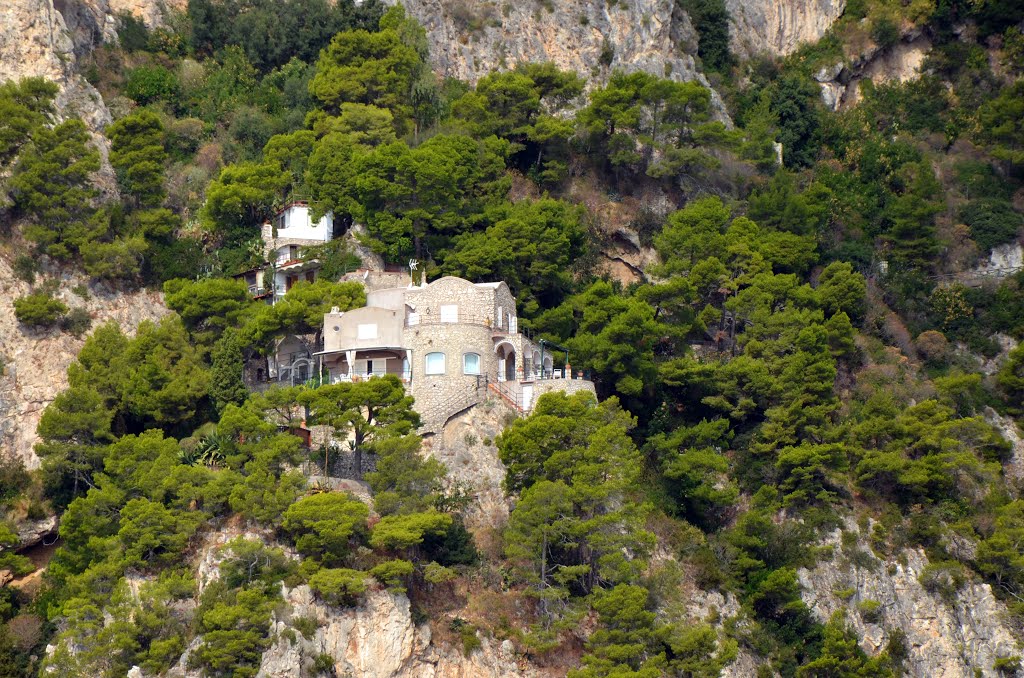 Confession time, I didn’t manage to get a pic of Sofia’s house. I was in awe, it is like an actual castle, fit for queen Sofia and I couldn’t stop staring at it. So I borrowed this one from Google (thank you Google).
On the last stretch of the boat trip, we visited the Blue Grotto, which I can only describe as a magical, turquoise cave. It has a tiny entrance, only accessible by row boat. At only around one metre high, you have to approach the entrance lying down in the boat. The professional guides rowing the boats pull on a large chain to bring the boat through. You are met with an eerie, enchanting, mystical space. There are around five or six boats in the cave at one time and the guides sing operatic songs in unison, their voices swirling around the cave creating one of those points in time you will never forget. We felt very lucky to have seen this, as some days the cave is inaccessible due to high tides and bad weather. It really was an absolute “pinch me moment”. 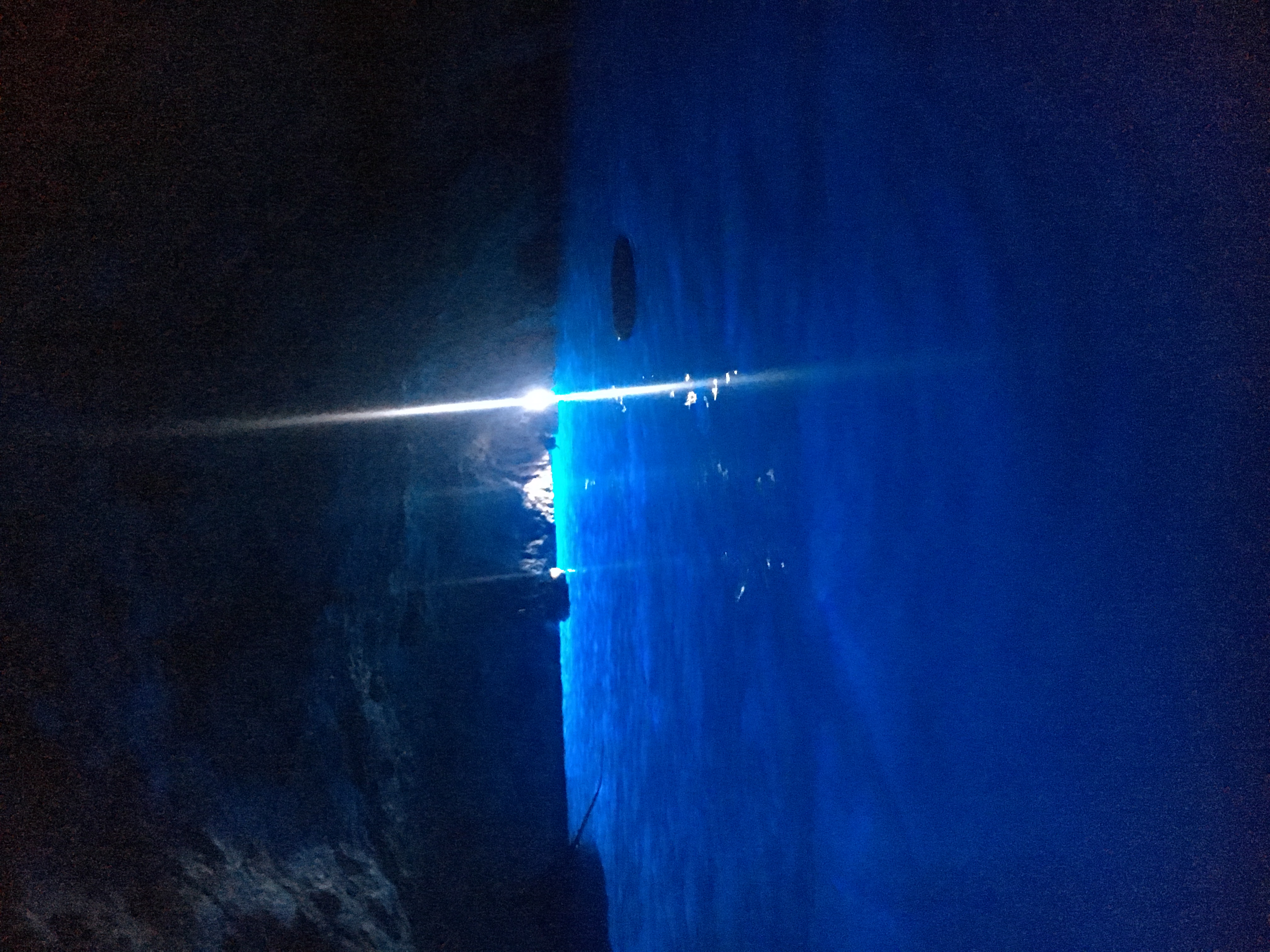 After discovering Capri by boat, we took the opportunity to venture around on foot. Capri is adorned with hilly streets and secret stair ways, which only adds to its charm. We was walking side by side to excited revellers rolling their suitcases along looking for their hotels, as well as dog walkers, who clearly lived on this amazing island.The views are more breathtaking (literally) the higher you climb but beware, this is not for the faint hearted. Uphill walks in the summer Capri heat are not for everyone and after our self guided tour (once recovered and could breathe easy again) it was time for some well earned food and drink. We came across an attractive little café on the port front of the island. People watching, spaghetti carbonara, moretti beers and limoncello cocktails..  perfection!! Three cocktails down, we took a walk along on the beach and watched the sun setting on our trip. We really did not have enough time on this island and I didn’t get to see JLo but what an experience.
Take us back …..
BY: SOPHIE ALLEN