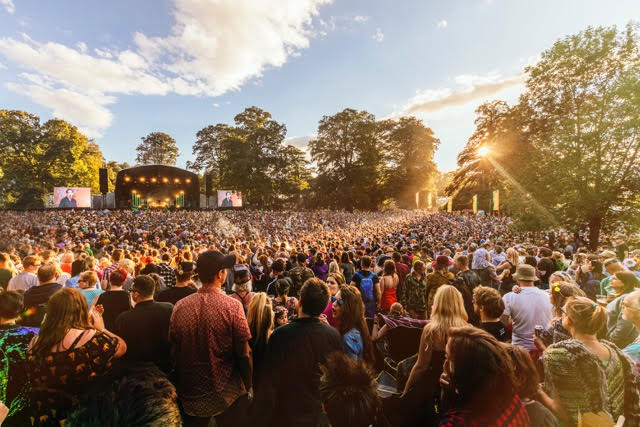 As far as festival’s go, we are big fans of one in particular which is only weeks away. Set in spectacular countryside, Kendal Calling is one of the UK’s most picturesque festivals and in it’s fourteenth year , the four-day event has the split just right in terms of audience. When we say ‘there is something for everyone’ we genuinely mean it. Your hardcore festival reveller has their place and lives in harmony with the more family-oriented elements that Kendal Calling do so well.

Over the years Kendall Calling has become a ‘not to miss’ on the festival circuit. It’s doubled in size to match its popularity and a long and diverse list of internationally famous artists have appeared including The Libertines, Noel Gallagher’s High Flying Birds, Catfish and the Bottlemen, Grooverider, Dirty Pretty Things, Wild Beasts, Craig David and Madness to name a few.

This year we’re praying for the sunshine (Glasto got it in droves!) but we already have the guarantee of an unbeatable atmosphere. If the star-studded line-up is anything to go by, it could be Kendal Calling’s best year yet. 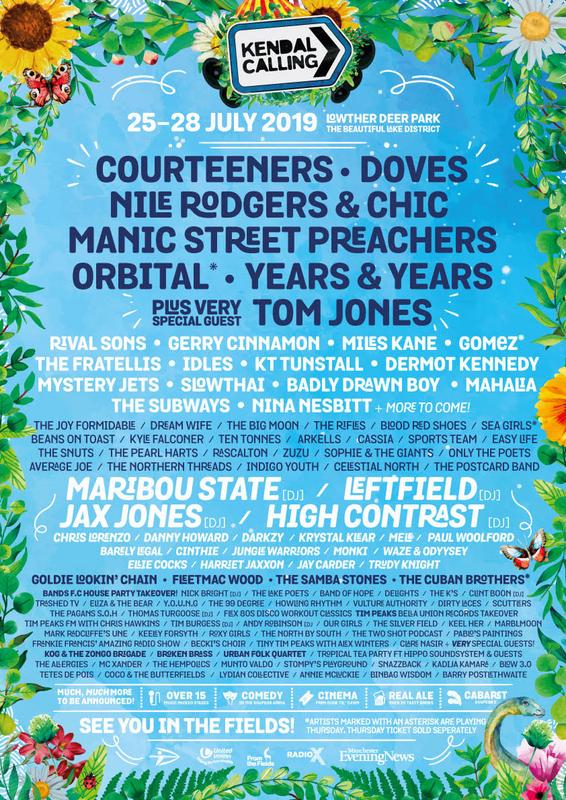 Courteeners, Doves and Nile Rodgers & Chic are this years headliners and promising to transport revellers back to the glory days of mid-noughties indie disco are Sheffield rockers Reverend & The Makers, bringing bangers such as ‘Heavyweight Champion of the World’, ‘Bassline’ and ‘Open Your Window’ to the fields, alongside Leeds’ outfit The Pigeon Detectives for raptor-ous renditions of ‘I Found Out’, ‘This Is An Emergency’ and ‘Take Her Back’. Lets not forget jingly, jangly indie-disco nostalgia from Mystery Jets! Oh, did we also mention ‘vintage pop-crooner with the voice like melted chocolate’ Sir Tom Jones is on the bill too.

As well as a stellar line-up of music, Kendal Calling is promising art, wellbeing, and family-friendly zones too. You can meditate or join a yoga class in the Garden of Eden, watch a film at the cinema, or immerse yourself in art installations at the Lost Eden.

The four-day weekend of music, arts, comedy, food and drink at the Lake District’s Lowther Deer Park takes place between 25 and 28 July 2019.

Don’t you dare miss it! Get the last remaining tickets HERE.