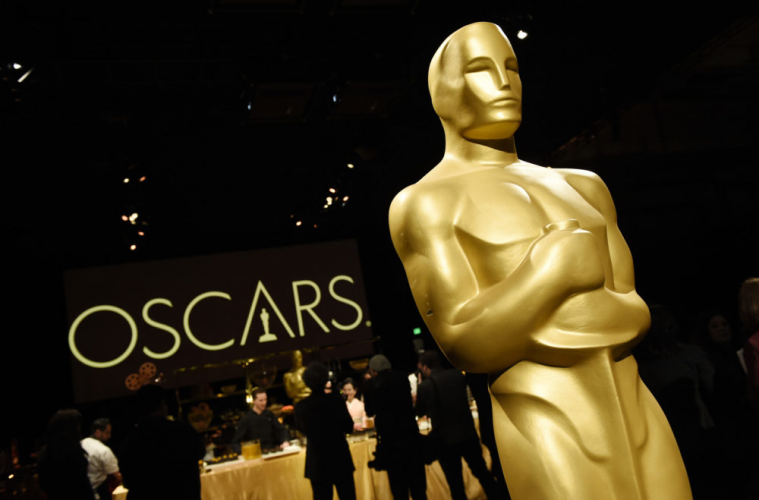 It’s the night we’ve all practised our acceptance speech for a thousand times in front of the mirror with the remote, yes, it’s The Oscars! The Dolby Theatre in Hollywood will play host to yet more gossip and iconic moments, here’s what we can expect from Sunday evening…

This year the Oscars goes without a host, Kevin Hart exit stage left… However the academy has enlisted over 50 celebrity presenters for the evening with Daniel Craig and Tina Fey part of the troop. Leading the nights nominations are Roma and The Favourite scoring both 10 nods each, up for best picture alongside, Black Panther, Bohemian Rhapsody, A Star Is Born, BlacKkklansman, Vice and Green Book.

Lady GaGa is up for her first acting nomination for a Star Is Born, with Melissa McCarthy, Yalitza Aparicio, Olivia Coleman and Glenn Close all competing for the best actress award. Christian Bale, Rami Malek, Bradley Cooper, Willem Defoe and Viggo Mortensen all in the running for best actor.

It’s well documented the Gift Bags are the best in biz at this glitzy gathering, with this years swag-bags set to include, therapy sessions, cannabis-infused skincare, a spy pen and a choice of four luxury breaks!

Gold statues, gowns and gossip is on the cards… and we can’t wait!

Lets hear it for the girls, a look back at three of the most memorable best actress collections…

In 1999 for Shakespeare In Love, will go down as one of the most emotional speeches of all time, sobbing her way through the whole thing. 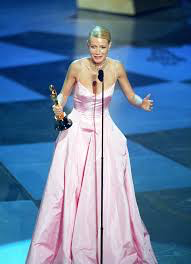 Winning the award for her role in Monsters Ball, marking it as the first black woman to win best actress. As expected, this one was up there with Gwenny on the emosh-scale! 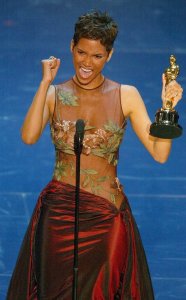 All hail J-Law, the only gal possible to be able to style out a fall on the steps of the stage on collecting her award for Silver Linings Playbook. 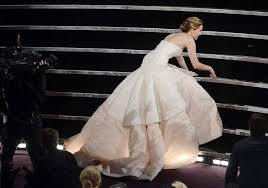