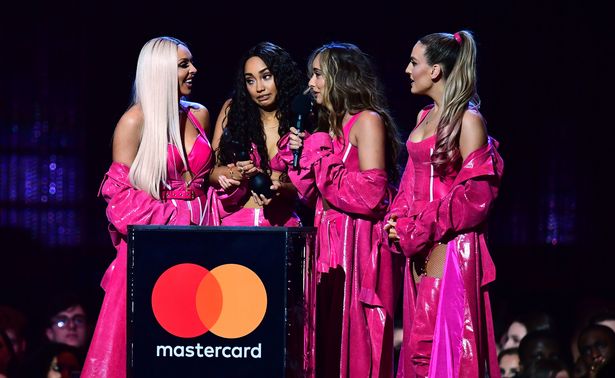 After being part of the action for the past two years, this year we watched from the comfort of our sofa and took it all in as a viewer, meaning we could rewind those bits that we NEEDED to see again – and drool over Calvin!

Little Mix were one of the big success stories of the night, finally scooping the Best Video Artist award for Woman Like Me.

It was also a great night for The 1975 who were named Best Group, while their record A Brief Inquiry Into Online Relationships took the Best British Album.

Our fave Calvin Harris may be the highest-paid DJ in the world but Brit award success had eluded him until now.

Following 14 unsuccessful nominations, he finally triumphed with both British producer and British single for One Kiss, his UK No 1 with Dua Lipa. During the ceremony, presented by Jack Whitehall at London’s O2 Arena, he was anointed with the night’s cornerstone performance, a medley featuring a trio of previous Brits winners: Lipa, Sam Smith and Rag’n’Bone Man. Sam Smith was Uber sassy and Diu Lipa was da bomb! Definitely the standout performance of the night!