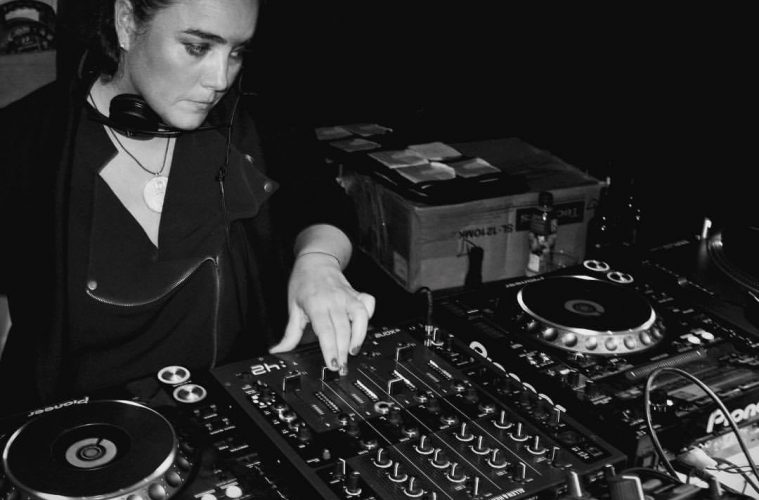 AN INTERVIEW WITH NANCY NOISE

We recently intervied Ibiza veteran Nancy Noise for The Refuge’s blog, The Wire. Nancy should need little introduction. Sheâ€™s an Ibiza veteran and one of the true originals. We caught up with her before her visit to learn more about her love for music and the White Isle.

We canâ€™t wait to welcome you back to Manchester to play once more. How did you find the vibe when you played for us last year?
Last year was so so goodâ€¦ the people were so receptive and into the music. In Manchester the crew are very open to what you play and love their music so you feel free to do what you want, what you love and they get into it. They come out with smiles and every intention on having the best time and bring good vibes. Â I have a massive love for Manchester, had many links over the years way back to my early Amnesia days with dear friends from there. Love the people, the attitude, the vibeâ€¦ looking forward to being back for this May Bank Holiday!

Tell us about that â€˜Summer of Loveâ€™
It was a pretty crazy time for us lot that had been in Ibiza for the summers before â€“ it was a bit mind blowing how such a small thing had become so massive, and so quickly. When Spectrum first opened there wasnâ€™t many people there â€“ Heaven is a pretty big club, and it was a Monday night, but within weeks it took off. I remember arriving one night and there being this huge queue of people waiting to go in â€“ the word had obviously started spreading. That summer I was playing at all of the nights we were doing at Heaven and the all-dayers. All the time it was getting busier, with more and more people getting in from other parties, and were starting all over, so bigger events started happening.

That summer did have a real hippie vibe hence the name I suppose â€“ it really opened peopleâ€™s hearts and minds. The look the clothes had that vibe to it too. At the time I wasnâ€™t so aware but in the clubs, footballers from different teams were dancing together (where not that long before they would have been fighting) â€“ their attitudes had changed completely. The feeling in general all over was all about love. It changed clubbing forever. Gone were the days when it would take a while to get to know people at a club â€“ you would make new friends and connect with people whenever you were out. It was pretty bleak times in the UK around this time, so the Acid House era transformed peoples lives. The summer of love was about togetherness â€“ it lifted peopleâ€™s spirits as did the lyrics of many of the tunes of the day!

Why do you think that Ibiza is still so relevant as a mecca for Dance music after all these years?
Ibiza has always been a cool place to go to. A place to party a place full of hedonistic and beautiful people. A lot of it was still pretty unknown underground. Then the music that was played in the clubs back in the 80s made the clubs become legendary: genres of music were born out of that. The Balearic sound came from from Amnesia and other clubs at the time like Ku, Gloryâ€™s and Pacha. Also the music from CafÃ© del Mar, as well as JosÃ© Padilla creating the other kind of Balearic sound of sunset chilling. This all came from Ibiza: a way of clubbing, a vibe. The word spread to all parts of the world. Many people that experienced it were influenced to play music, make music, start parties etc, they went back to their countries and did so. This spread the word of the magic of Ibiza. What happened during those times together with the whole house movement did change the face of clubbing so that it became more open and free. Itâ€™s carried on and is still part of the way people club today. Ibiza was so influential and still is, people will still go there and be inspired, young and old. Ibiza has an energy. As we are still talking about it all this time after it shows how important those times were. Also the DJs like Leo, Alfredo and Pippi from back then are still playing, making music, respected and in demand out there, and doing their thing.

What was it that inspired you to begin DJing?
I had always been music mad and into dance music, and then started buying 12â€³ jazz funk stuff on the way home from school in a specialist dance shop. Living in London I was exposed to lots of good music at clubs, blues parties, gigs, pirate radio, warehouse parties, rare groove things, nights like RAW and Westworld â€“ all of which were inspiring musically and creatively. Then while living in ibiza we discovered Amnesia and fell in love with it. I spent a lot of time in there listening and dancing around to Alfredo and Leo Mas â€“ it was the mix of music all in one night that grabbed me also sounds that i hadnâ€™t heard before; Nelo the DJ that played in Gloryâ€™s in 1987 too. They inspired me incredibly â€“ not in a way that I wanted to become a DJ at that time, but just their music really effected me. I couldnâ€™t have loved anything more, it captured me. I bought the records I had loved in Amnesia etc. but didnâ€™t think anything about it â€“ I had just wanted those records to listen to and to think of Amnesia. Then when back in London after summer 1987, Paul Oakenfold saw all my records in my flat and realised how much I was into the music. Him and Ian then asked me if I wanted to play records before Paul at Future, as it was just about to start so I was Paulâ€™s warm up DJ from the beginning of Future. So I didnâ€™t actually plan on becoming a DJ, but very happy and thankful it happened. For me itâ€™s really special that I still now get to play with the guys that inspired me and had such an impact on my life.

We celebrated 100 Years of Suffrage at The Refuge earlier this year, particularly focusing on celebrating how amazing and influential the women in music within our city have been, and continue to be. As a woman in the music industry, how did you find it back when you began, and how has it changed?
When I first started Djing I didnâ€™t really think about it being different that I was a girl because to me we were all just music lovers, discovering music and playing music we loved. There wasnâ€™t as many girls playing back then. Iâ€™m not sure why but I had seen other girls Djing before I had started so I didnâ€™t feel it was so unusual. For me itâ€™s always just been about the music, and having passion for the music, not who plays it. I also worked in the music industry at record companies and studios before I started Djing, and whilst I was Djing. I always had positive experiences and was respected for my input into work projects, and Iâ€™ve always felt valued for my opinion as much as anyone else involved.

You have 24 hours in Ibiza. Whatâ€™s on your â€˜must doâ€™ list?
Just being in Ibiza makes me happy but hereâ€™s some places and things I love to do while Iâ€™m there:
Iâ€™d start the day off in Ibiza Town: have a coffee at the Montisol, watch the world go by and and walk around to Plaza del Parque.
Iâ€™d then head to Santa Gertrudis and meet friends for breakfast at the lovely Wild Beets â€“ itâ€™s super healthy, beautiful food, all made with love.
Next would be Las Dalias, for the market. I love this place so much and love walking around there, taking it all in. The vibrant colours, the things for sale that people have made or treasures they have found around the world. There are so many creative people on the island it always inspires me.
After that Iâ€™d then head to Cala Boix stopping at the lovely little tienda in the campo on my way for supplies for the beach. Cala Boix is one of my favourite beaches â€“ the sea is crystal clear there so you always feel so energised after swimming there. Would plot there for a while, chill, read, and listen to music.
Later on I would drive to the other side of the island taking in the sights of the pine trees on a drive with the wonderful scent de Ibiza. Thereâ€™s lots of places i love to go to for sunset â€“ Iâ€™d either go to Es Vedra or Punta Galera to see it inÂ a natural setting, or go to Hostal la Torre â€“ itâ€™s such a beautiful spot and they always have the best selectors playing music for sunset (and they make great Mojitos!)
For the night Iâ€™d go to Ibiza Town again â€“ walk about in the old town, stroll around and look in some of the shops, beautiful.
Then I would go see my friend Lee at â€˜Thaiâ€™d Upâ€™ for some tasty Thai food, bit of banter and a catch up.
Now time for a bit of dancing: Iâ€™d head for Pikes where there is always something ace happening, see the lovely crew there, dance around and chat on the terrace (they make the best Mojitos!)
There you have it: a pretty perfect, epic day. As always, Ibiza definitely rocks!