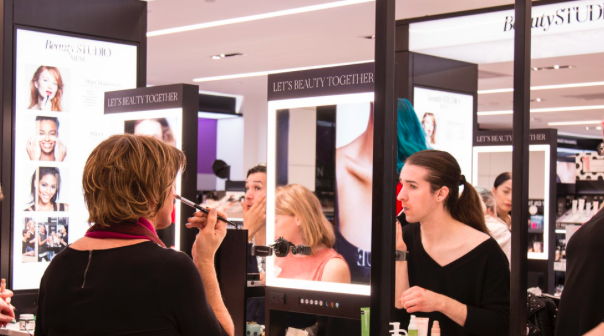 SEPHORA INTRODUCES AN IMPORTANT MOVEMENT IN THE BEAUTY NARRATIVE

We were delighted to hear that Sephora is adding to its list of complimentary in-store makeup classes this June by designing a program that caters to the trans and non-binary community. The class is part of the makeup chain’s Classes for Confidence series, which aims to help those experiencing major life transitions of all calibres. Sephora’s classes have so far focused on workforce re-entry and beauty while living with a cancer diagnosis, and this latest addition will be previewed today in New York City, before rolling out to 150 stores nationwide.

The program has been two years in the making, according to Corrie Conrad, Head of Social Impact and Sustainability at Sephora:
“Itâ€™s one of the initial programs we wanted to design, but we wanted to make sure we did it right. We held focus groups and worked with our employees experiencing their own gender journeys to help determine class content, sensitivity training procedures, and to help figure out which stores would make the most sense. The trans and non-binary community is a beloved part of our community and we want to be allies. Thatâ€™s the point of all our programming: Whether youâ€™re entering the workforce or questioning your gender, thatâ€™s a major life transition. We want to be there for you.â€

In addition to the in-store class, Sephora will be providing YouTube video tutorials that will cover makeup hacks like color correction, smoothing the skin, and other topics that aim to benefit the trans community. Makeup is a great resource to trans and non-binary people not only because it allows them the freedom to express themselves, but also provides a feeling of safety. Having the tools and the space to feel seen and heard makes Sephora’s latest venture an uplifting and important moment in the beauty narrative.