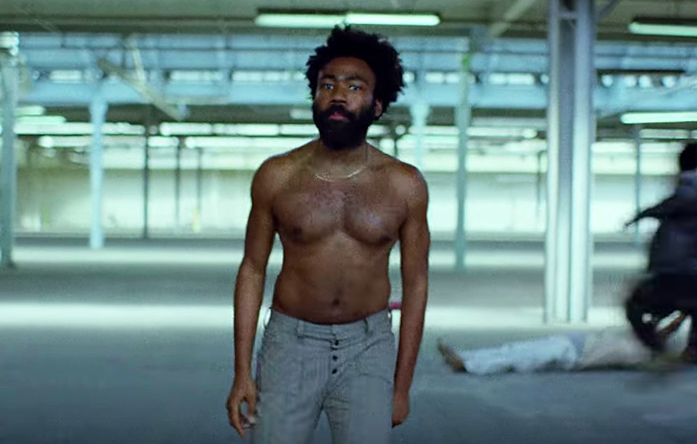 If you havenâ€™t seen Childish Gambinoâ€™s ‘This Is America’ video yet, what have you been doing with yourself?

The video is filled with hidden messages and serves as a scathing indictment of Americaâ€™s racism and obsession with gun violence. It turns into a gore-ish spectacle that contrasts terrorism and riots in the backdrop of outwardly happy people doing the latest dance moves with impeccable quality, all to the tune of ebullient choir singing paired with the most infectious trap beats.

Childish Gambino is the musical alter ego of actor Donald Glover. His tender combination of rapping and singing over slick pop hooks took cues from Kanye West and Drake, howeverÂ his previous actor ‘credentials’ meant that critics thought he was a bit of a joke and Rap labels wouldnâ€™t touch him resulting in him signing with an independent.

Glover was an underdog, but he now has the last laugh. When an artist can deliver a piece of art that has the whole world talking and debating, evoking a realisation for change, then that is certainly a gift and talent which deserves acclaim.