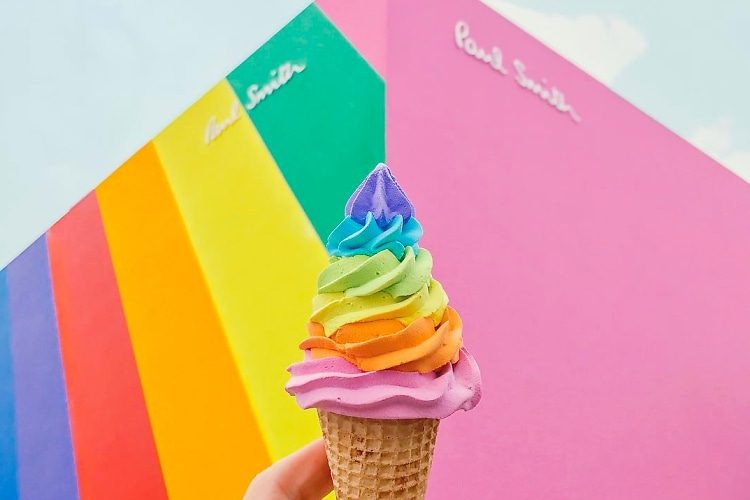 We recently headed to LA to work on a project and were asked by the Bag Girl team to list our Top 10 Instagrammable Spots in Los Angeles. This was the outcome:

Always a good spot for pictures, as this contemporary artÂ museumÂ contains several large-scale pieces that are truly impressive. The most popular Instagram spot, however, is Yayoi Kusamaâ€™s mirrored infinity room,Â The Souls of Millions of Light Years Away. Several twinkling lights and mirrors together form the illusion of being lost in space. Guests are invited to enter the room alone or in pairs, but only for a short amount of time. Itâ€™s enough, if you must, to snap a selfie in the mirror. The Broad is free, except for certain special exhibitions, but visitors should first make a reservation online.

High above the streets of downtown L.A. is Spire 73, the Wilshire Grandâ€™s rooftop cocktail lounge. The Wilshire Grand Center is 73 stories tall, and its spire makes it the tallest building in L.A., just edging out the U.S. Bank Tower. Needless to say, the sweeping 360-degree views are excellent here, and therefore, perfectly Instagrammable.

The ending point of Route 66 and tourist hot spot, theÂ Santa Monica Pier, established in 1909, offers lovely views of the Pacific Ocean. Here, one will also find numerous shops and restaurants, fishing, and amusement park Pacific Park, whose Ferris wheel is visible from a distance and is a spectacular shot when lit up after dark.

One of the most unique neighborhoods in Los Angeles, and thus a top tourist destinationÂ andÂ a great spot for a selfie. Originally built in 1905 by conservationist and developer Abbot Kinney, the canals were part of his plan to build the Venice of America. Here, youâ€™ll find pedestrian walkways framed by landscaped gardens and magnificent residential homes of various architectural styles.

One of LAâ€™s greatest cultural attractions, offering spectacular views from the Pacific Ocean toÂ Downtown LAÂ from the slopes of Mount Hollywood. First opened to the public in 1935, it was renovated in 2002 and is a beloved gathering place for visitors and locals alike. After being featured in the Oscar-winning filmÂ La La LandÂ last year, Griffith Observatory is more popular than ever, with thousands of photos being snapped from the grounds around the Observatory daily as tourists catch a panoramic glimpse of the city from above.

With rows of records â€” and additional locations in Berkeley andÂ San FranciscoÂ â€” the Hollywood outpost has been home to music lovers since it first opened in 1990. Housing vinyl, videos, CD, books, tees and posters, Amoeba has remained intact despite an industry overwhelmed by digital downloads and streaming music services. Not only is this the best place to visit for your listening pleasure, the worldâ€™s largest independent record store also makes a great backdrop for your next IG pic.

Itâ€™s been a fixture on Melrose Avenue since 2005, but the Paul Smith LA flagship store has evolved in recent years into something of a Instagrammable landmark, beckoning people from around the world to pose in front of its bubblegum pink exterior. Located inÂ West Hollywood, the Paul Smith wall is nestled in an area filled with plenty of restaurants and even more shopping nearby.

The hottest coffee shop has taken over LA! Alfredâ€™s has locations all over, but my personal favorite is their Melrose Place location! Itâ€™sÂ onÂ the most beautiful street of high end stores, with a cute patio that overlooksÂ the street with a homey feel. Their sleeves are always being photographedÂ along with their â€œBut First, Coffeeâ€ mural inside!

This new spot from SoHo has taken over Instagram!Â Their interior design is nothing short of perfection. Right off Abbot Kinney Blvd in Venice Beach, you will fall in love with everything this restaurant has to offer! From their juice flight samples, matcha pancakes, and avocado toast, youâ€™ll have the cutest breakfast spread flatlay.

This cool walkup is located in Grand Central Market in the heart of downtown LA. Their egg sandwiches are out of this world and the vibes inside the market will create a very downtown feel forÂ your next Instagram post!