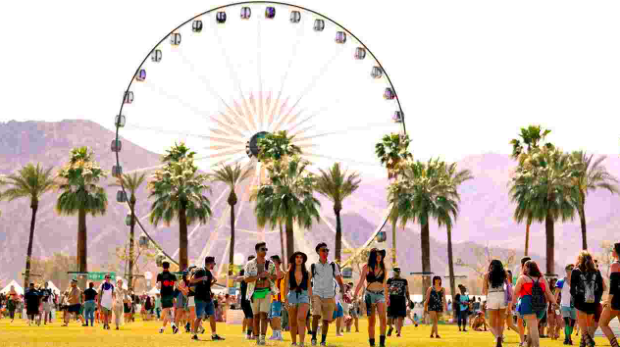 Jo15th April 2018
Music0 Comments 0
We’re getting Coachella ready and hyping ourselves up listening to this years, headliners! BeyoncÃ©,Â EminemÂ and The WeekndÂ will be the 19th annual festival’s main acts. Bey was originally scheduled to perform last year but cancelled due to being pregnant with twins. Fine, we’ll let that one slide.
Coachella 2018 will take place April 13th-15th and April 20th-22nd at the Empire Polo Club in Indio, California. We take a closer look at the headliners below.
BEYONCE
There’s one name that sticks out above the rest when you take a pass through the Coachella lineup poster â€” BeyoncÃ©. Fans were understandably disappointed when the then-pregnant star pulled out of last year’s festival, but fret not â€” she’s back this year and sure to bring a bigger performance than ever.
There are few musicians who can put on a show like BeyoncÃ©, and her first festival appearance in recent memory is sure to deliver the passion, artistry, excitement and charm that has made her one of the most beloved and respected talents in the game. Maybe, just maybe we’ll even get blessed with new music.
EMINEM
Fresh off the release of “Revival,” Eminem will finish out the festival’s first night. Expect to hear a bevvy of new music from the veteran, full of the politically fueled passion that fueled his latest project, and enough old favourites to keep day one fans happy.
THE WEEKND
The Weeknd was one of the biggest stars of 2017, tearing up stages at major fests likeÂ BonnarooÂ with an anthem-packed set, incredible vocal chops and a dynamic visual backdrop. His hard work and relentless touring schedule in 2017 should have him in fine form to close out the final night of each weekend of Coachella 2018.
Originally wrote for GlossyPops.com