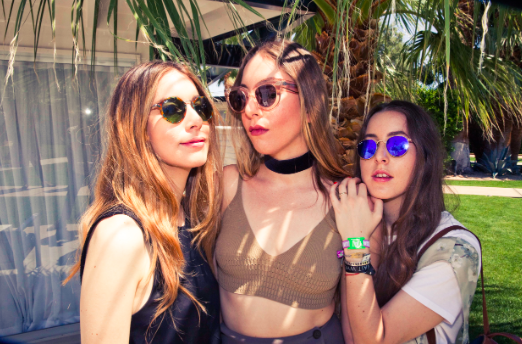 As we campaign for equality, honor International Womenâ€™s Day, and women in the UK celebrate 100 years since they were allowed the vote, we applaud more fantastic news as his yearâ€™s Coachella has seen a big increase in the amount of females playing the festival â€“ Â the Girl Power revival returns.

Mark Ortega at Pass The Aux writes, â€˜Of the 165 acts currently billed, at least 55 of them feature women prominently.Â Fifty-six of 166 acts means women represent 33.3 percent of that Coachella 2018 lineup. That is a dramatic increase from last yearâ€™s 25.1 percent and 2016â€™s total of 28.3 percent â€” which until this year was a festival high mark.â€

ICYMI: The @coachella 2018 lineup features the festival's highest inclusion of women in its history at 33 percent. More insight into the numbers here: https://t.co/7o36bSnUTk pic.twitter.com/4dPvb2FWNe

Itâ€™s definitely a great step forward and added inpiration for girls around the world to pick up that instrument and keep fighting and striving for your dream!