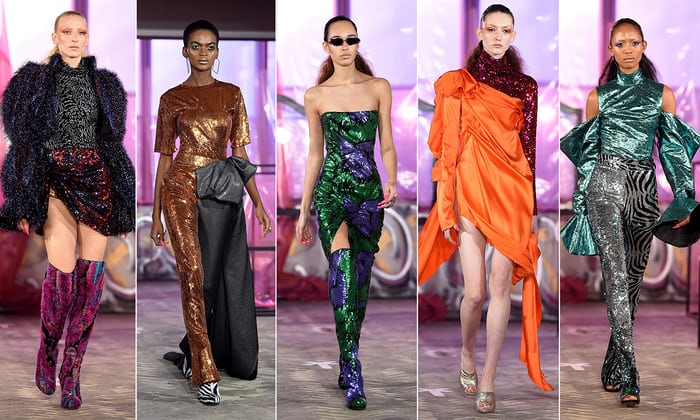 Michael Halpern has been tipped as one of the most promising designers to be seen at this yearâ€™s London Fashion Week and he certainly didnâ€™t disappoint on Saturday with his dazzling collection of sequinned embellished, satin draped pieces.

His collection comprised of 31 looks, from vibrantly coloured flared jumpsuits to floor-length animal-print sequined jackets. The pieces were incredibly jaw-dropping to see up close. The attention to detail on every intricate part ofÂ the collection was astounding and clear to see why Halpern is demanding so much attention right now.

We were lucky enough to gain backstage access to the show and be on hand to help out the Halpern team get ready for this LFW A/W18 show.

We arrived at the venue of the show which was a disused record studio in West Soho, a very unassuming black door on a very busy street led through to a derelict building that had been left empty for almost a decade and miraculously brought back to life by the Halpern production team for this one-off show.

The atmosphere was electric as soon as we entered the venue, we were quickly ushered to the second floor, past the vast entrance hall which was covered in colourful graffiti and draped with luminous pink sheeting. Up on the second floor, we were greeted by some of the Halpern team who showed us around and introduced us to the backstage managers. The room was a hub of activity, the models all in hair and make-up, getting a very uniformed look of a slicked back pony, super long lashes and extra AF pink nails.

We familiarised ourselves with the 31 looks from the look board and ensured that all of the accessories and shoes were paired with the outfits to which we had been assigned. The models finished up in hair and make-up and got ready for the first rehearsal, wearing their Louboutin shoes they all got in line, the music began and they strutted their stuff through the venue, down the almost dilapidated staircase and down to the really, really long catwalk.

We all wait backstage in anticipation awaiting our next direction to get the finishing touches together ahead of this immense show. The team frantically lunge towards the returning models with combs, highlight, extra nails, false tan, baby wipes and touch up the tiniest of flaw upon these flawless beings.

Each model makes their way to their personal dresser and the garments are hung beautifully with the design team on hand ensuring everything is draped and lying in the way in which it was intended, the jewellery is fitted and the shoes are zipped, the girls are ready to go. Again, they all majestically line up ahead of a fabulous pep talk, â€˜have fun or f*** offâ€™ is emblazoned in sharpie on a piece of paper hung by the stairway that all of the models have a smile at as they sashay by. The show is on. We all scramble around one iPhone as watch the show via live stream. It looks absolutely magnificent! The colours, the music, the backdrop. We are in awe.

The girls all make their way backstage after their big moment and the atmosphere is more vibrant than ever. Whooping and clapping fills the room and you canâ€™t help but surrender to the celebrations and be overcome with a feeling of euphoria. We played a tiny, minuscule, insignificant part within the grand scheme of the show, but to be a part of it really was enormously special. Â We love Halpern Studio, the collection and everyone we met on that day and we will be watching to see how this house evolves and grows over the years to come and look forward to getting up-close and personal with their couture again in the future. 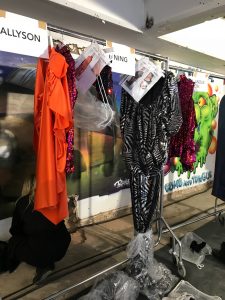 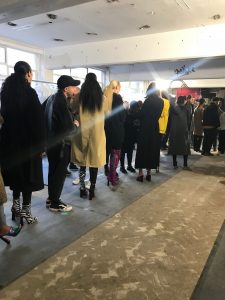 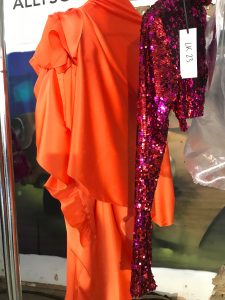 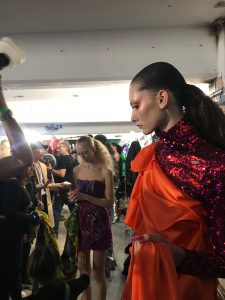 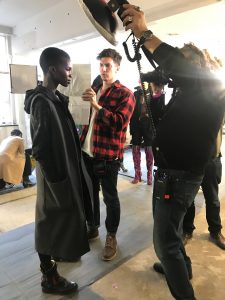