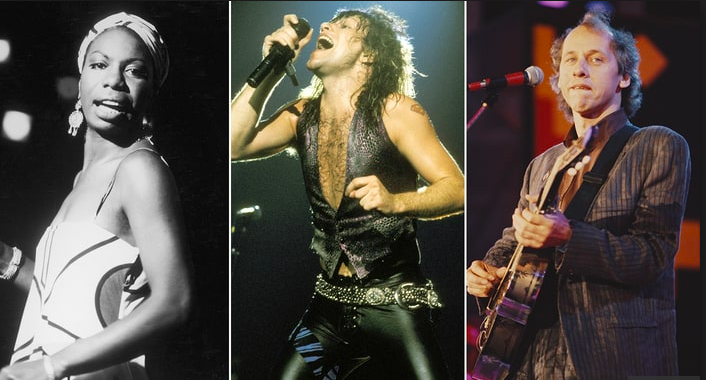 Bon Jovi,Â Dire Straits, the Moody Blues,Â the CarsÂ andÂ Nina SimoneÂ have all been awarded the noble position in the class of 2018 Rock and Roll Hall of Fame,Â Gospel pioneer Sister Rosetta Tharpe was chosen to receive the Award for Early Influence. Nominees included Radiohead,

Artists are eligible for the Rock and Roll Hall of Fame 25 years after the release of their first album or single.Â RadioheadÂ was the only act on this year’s ballot in their first year of eligibility, but they didn’t make it in. Bon Jovi is the only act in the class to have started after the 1970s. (cited rollingstone.com)

The ceremony will take place at Cleveland’s Public Hall on April 14th, 2018, it will be televised on HBO and broadcasted on SiriesXM.

Bands usually reunite for the ceremony, both Bon Jovi and the Moody Blues have expressed their delight at performing at the induction, however Dire Straight’s, Martin Knopfler is yet to confirm whether he will perform with his former bandmates who haven’t performed since their split in 1992.Â Nina Simone sadly passed away back in 2003, so it is expected that the Hall of Fame will nominate and artist heavily influenced by Simone to perform a tribute to the late and great soul singer.