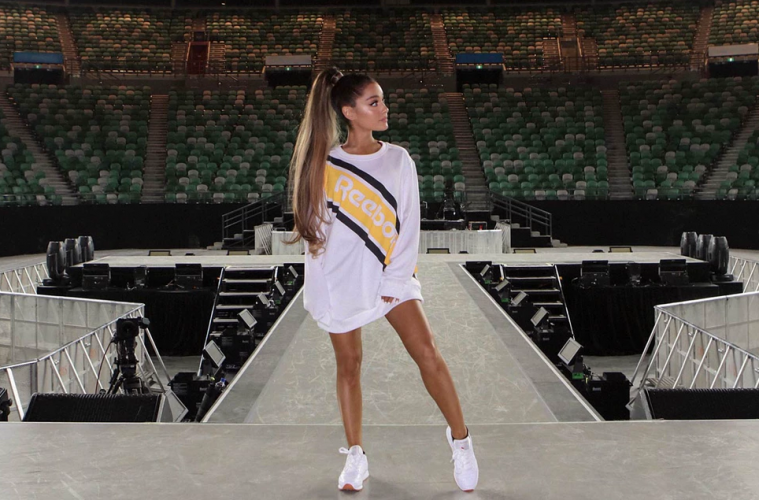 It has been announced that Ariana Grande is to be the new face of Reebok. Joining Gigi Hadid and Teyana Taylor, Grande will represent the brandâ€™s values of confidence and self-belief.

Ariana seems like the obvious choice to represent the brand ethos as she is often sending out uplifting and empowering messages to her hundreds of millions of followers across social media.

Ariana said on her latest appointment ‘â€œLike Reebok, I fiercely stand for those who express themselves, celebrate their individuality and push boundaries. Iâ€™m an advocate for people accepting themselves for who they are. Reebokâ€™s message of enabling and encouraging self-belief and self-betterment is something I fundamentally live by. Iâ€™mÂ honoredÂ to partner with a brand whose mission is to inspire people to be the best possible version of themselves.â€

Ariana announced the partnership via instagram wearing an oversized Reebok sweater from their A/W17 collection and white leather Reebok Classics. 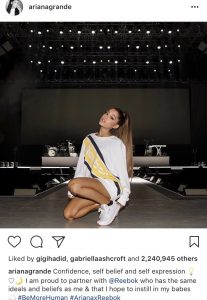