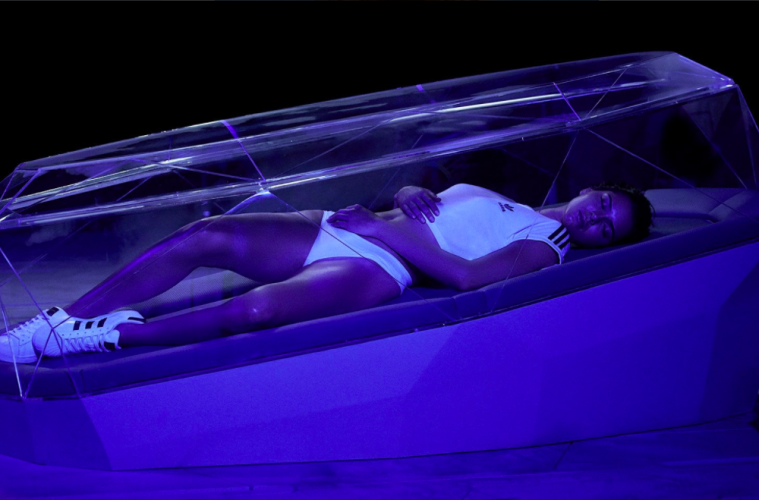 Keeping it in the family â€“ the Kardashian family that is, Adidas announced earlier in the year that Kendall Jenner, would be heading up their new Originals advertisements.

With a Sci Fi twist Jenner appears as an interpretation of a modern day Sandro Botticelliâ€™s â€œBirth of Venusâ€ signifying a new generation of the brand that sees James Harden appear alongside stars Young Thug, 21 Savage and Playboi Carti set to a haunting version of Frank Sinatraâ€™s â€˜My Wayâ€™. We’re not really sure about what is going on but we LOVE it.