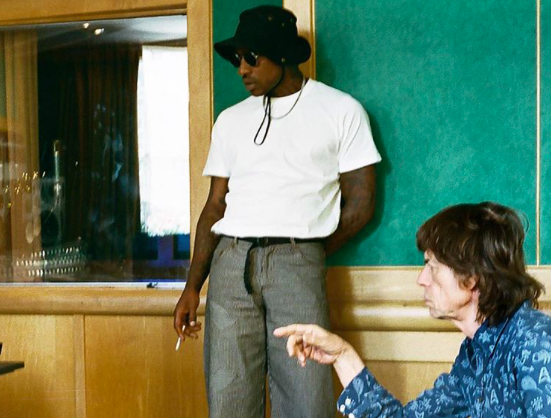 Ok maybe not as dramatic as that, but Skepta has set the rumour mill in overdrive this week by sharing a photo of himself in the studio with Mick Jagger.

The grime hero posted the photo of himself with The Rolling Stones’Â frontman to Instagram, but made no indication as to whether it would be for Sketpaâ€™s own new material, new Stones material, or a completely separate project.

Fans were quick to heap their praise on the photo of the two stars in the lab together, one writing: â€˜Iconic,â€™ while another added â€˜legendary photoâ€™.

In another photo from the session, the photographer wrote: â€˜One of the most inspiring days of my lifeâ€™.

In a time when grime is taking over, it wouldnâ€™t be too far fetched to believe that rock legend Mick wants to team up with Skepta on a music project ala Sir Paul McCartney and Kanye West.