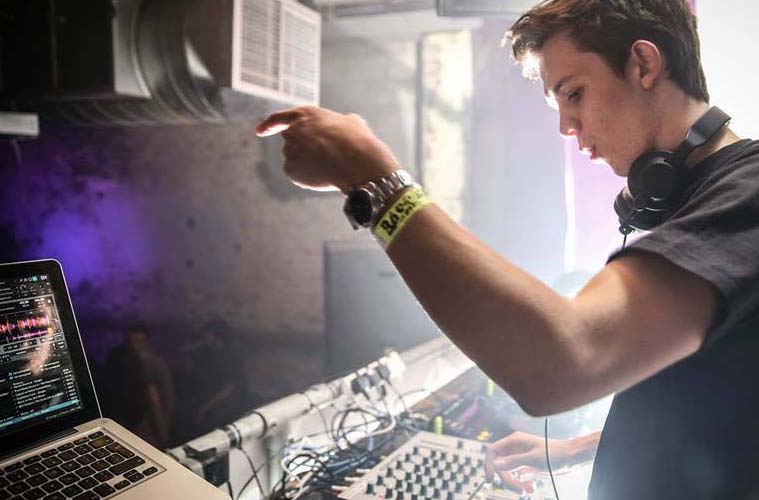 It all started after attended Composit Musicâ€™s first event at Victoria Warehouse â€˜I Am Hardwellâ€™ back in January 2014 when I was 18 years old. I was inspired by both Hardwell and Dannic who played on the main stage that night, but also the resident DJs supporting them. Soon after and without thinking of taking it seriously, I purchased a Pioneer controller and taught myself the basic skills such as beat-matching and the use of effects.I am still learning, but more advanced skills now. I try and learn a new skill every time I play – itâ€™s the only way to become confident using those skills in a club/event environment.

When I started playing, I was only interested in playing progressive and electro house, but since then my style has evolved and I now play deep and tech house as well. I equally enjoy playing both of these styles of tracks and play according to the crowd.I like to throw in a classic every now and again – whether it be a house or trance sample – they usually go down well. For example, Stardust – Music Sounds Better With You, Armand Van Helden – You Donâ€™t Know Me, ATB – 9PM (Till I Come), Delerium Feat. Sarah McLachlan (DJ Tiesto’s In Search Of The Sunrise Remix) – Silence, Underworld – Born Slippy and Faithless – Insomnia are my personal favourites.

Who are your influences?

What have been your greatest achievements so far?

For me, my greatest achievement has been gaining a residency for Electric Jam events at Victoria Warehouse since November 2014 with artists including Showtek, Nicky Romero, Afrojack, Ummet Ozcan, Laidback Luke, Sander van Doorn, DVBBS, Third Party, Blasterjaxx & Don Diablo. This residency was the key to being booked for other events including Sankeys Warehouse on New Years Day 2016 with Fatboy Slim headlining alongside Basement Jaxx. I also recently performed at Pier Jam supporting MK, Basement Jaxx, Sonny Fodera, Camelphat & Claptone. Both of these events have been highlights of 2016, in addition to playing at Lightboxx Manchester at the O2 Ritz on Saturday nights earlier this year. I remember my very first gig in 2014 was warming up for another DJ from 10-12pm in a Manchester club. As you can imagine, it was more or less empty until after 11pm, so it feels like an achievement to have a residency at Lightboxx; playing to a packed-out crowd from 12:30am-3:30am.

The dream would be to have a career as a DJ and producer. I have never taken it seriously, treating it only as a hobby that I have always enjoyed. I am now starting to produce my own tracks, and so I hope this brings success

In October, Iâ€™ll be continuing my residency at Victoria Warehouse for Lost In Time presents Steve Aoki, DVBBS, Blasterjaxx & Timmy Trumpet on Friday 21st October. Further gigs are soon to be announced and I am to continue to work on producing new music.